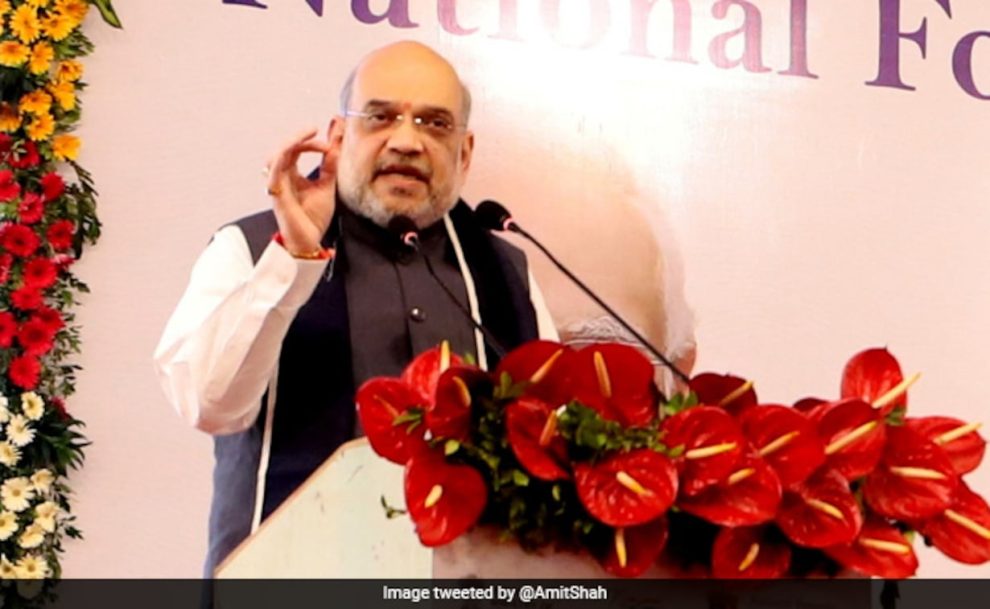 Srinagar: Union Home Minister Amit Shah is expected to announce Scheduled Tribe (ST) status for the Pahari community in Jammu and Kashmir during his three-day visit to the Union Territory. Mr Shah is due to arrive in Jammu later today. He will address two rallies in Rajouri and Baramulla on Tuesday and Wednesday, which are expected to be attended by a large number of people from the Pahari community.
The possibility of granting ST status to the Paharis, however, has triggered a political row and dissension within the National Conference.

A senior National Conference leader and former MLA has appealed to the people of Jammu and Kashmir to join the Union Home Minister’s rally. “Community comes first. Politics later. We all should join the rally and show our collective strength. If we don’t achieve ST status today, we will never get it,” said Kafeel ur Rehman, a two-time former National Conference MLA from Karnah in Kupwara district.

Mr Rehman told his supporters that 20 buses were kept ready for their transportation to Baramulla where Mr Shah will address a rally on Wednesday.

Mushtaq Bukahri, another senior National Conference leader from Rajouri, and several others have already resigned from the party and openly supported the BJP on the issue of granting ST status to Paharis.

Tanvir Sadiq, the chief spokesperson of National Conference, said he was not aware of the statement by Mr Rehman. “It’s certainly not the party position. I will check his statement and get back to you,” he said.

Muzafar Baig, former Jammu and Kashmir Deputy Chief Minister, has also appealed to the Pahari community to join the rally in large numbers. Mr Baig, who is also a Pahari leader, had resigned from the Jammu and Kashmir People’s Democratic Party (PDP) in November 2020.

“We are hopeful that Shah sahib will fulfil this long-pending and just demand of the Pahari community. It will be a positive and historic decision. I appeal to everybody to attend the rally and demand justice,” said Mr Baig in a video message.

The possibility of granting ST status to the Paharis has triggered considerable political vivalry and deepened the divide between Gujjars, Bakerwal tribals and Paharis in Jammu and Kashmir. Gujjars and Bakerwals already enjoy ST status. Now, the issue of recognition of Paharis as ST is being resented by these tribals.

Gujjars held protests in Shopian today and asked the Center not to fiddle with the Scheduled Tribe status of the community.

Mehbooba Mufti, the former Chief Minister and PDP leader, has alleged that BJP is driving a wedge between the communities by using the reservations card. In a video message Ms Mufti appealed to the communities to stay united and not fight against each other.

“There is tension in Pirpanjal (Rajouri-Poonch districts) in the wake of the Home Minister’s visit and likely announcement of ST status.

If ST status is granted to the Pahari community, then it will be the first instance of a linguistic group earning reservations in India. For this to happen, the Central government needs to amend the Reservations Act in the Parliament.

Pahari leaders expect that once announced, a Bill can be passed in the next session of Parliament.

Jammu and Kashmir is without an elected government for more than four years now. Elections can be announced any time after completion of the revision of electoral rolls on November 25.

Ravinder Raina, the President of the BJP’s Jammu and Kashmir unit, said his party is ready for elections any time.