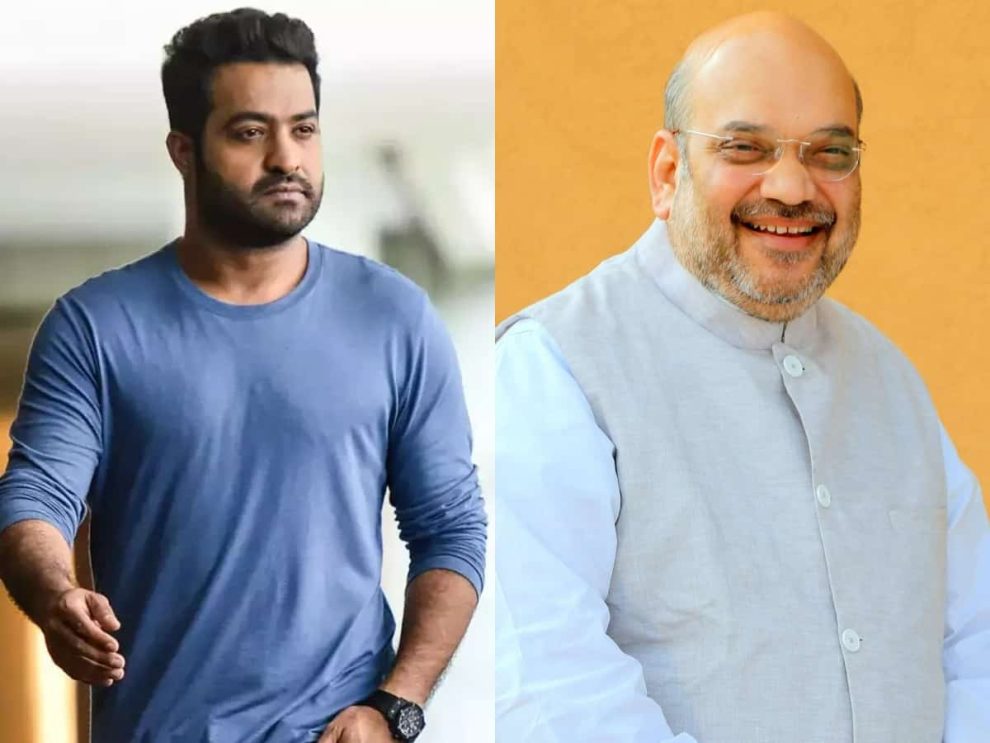 Telugu Desam Party (TDP) founder NT Rama Rao’s grandson Junior NTR, who is an accomplished actor in the Telugu film industry, has been invited by BJP leaders for a dinner meeting with Union Home Minister Amit Shah on Sunday evening.

Shah is in Telangana to address a public meeting in Munugode where a by-poll is scheduled to be held. Junior NTR, who lives in Hyderabad, campaigned for the TDP during the 2009 general elections and has leaned towards the party founded by his grandfather but has stayed away from active politics.

Since 2009, Junior NTR has not been seen in public with TDP leaders or leaders of other parties, and he has concentrated on his film career. While his father Nandamuri Harikrishna was a TDP Rajya Sabha member from 2008 to 2013, his uncle and actor Nandamuri Balakrishna is a TDP MLA Hindupur in Andhra Pradesh. Balakrishna is one of the most famous actors in the Telugu film industry (also known as Tollywood), with nearly a hundred films behind him, including the recent Akhanda, and has won several awards.

BJP national executive member N Ramachander Rao said Shah and Junior NTR would meet at Ramoji Film City where Shah will make a stopover while on his way to Hyderabad to meet party leaders. “Several prominent persons will be meeting Amit Shah today evening, and NTR Junior has also been invited,’’ Rao said. Junior NTR has received widespread acclaim for his recent movie RRR, which has been directed by SS Rajamouli and also stars Ram Charan, the son of Telugu film actor Chiranjeevi.

NTR and his wife Basvarama Tarakam, who got married in May 1943, had 12 children, including four daughters. While NTR stormed to power in 1983, leading the TDP to victory in its very first election, his son-in-law N Chandrababu Naidu — his wife is NTR’s daughter Nara Bhuvaneswari — walked away with both the party and his political legacy. NTR’s own children have remained secondary players in the TDP space, with only D Purandeswari moving out of the TDP ambit to forge her political career. She is now a national general secretary in the BJP. Junior NTR’s other uncles N Jayakrishna, Mohankrishna, and Ramakrishna Junior are film producers while one of his aunts, Dr G Lokeswari, is a gynaecologist.

The TDP was earlier a BJP ally but ahead of the 2019 Assembly and parliamentary elections the Chandrababu Naidu-led party pulled out of the National Democratic Alliance (NDA). Naidu accused the Centre of step-motherly treatment of Andhra Pradesh after the state’s bifurcation in 2014. The TDP chief alleged that apart from denying special category status, the NDA government did not fulfil any of the promises and assurances mentioned in the AP Reorganisation Act, 2014. Naidu asked the party’s two Union Ministers — P Ashok Gajapati Raju, who was in charge of civil aviation, and Y Satyanarayana Chowdary, who was the Minister of State for Science and Technology and Earth Sciences — to resign before breaking ties with the NDA.

On November 16, Amit Shah made it clear at a meeting of the Southern Zonal Council in Tirupati that there was no question of an alliance with TDP anytime in the future.