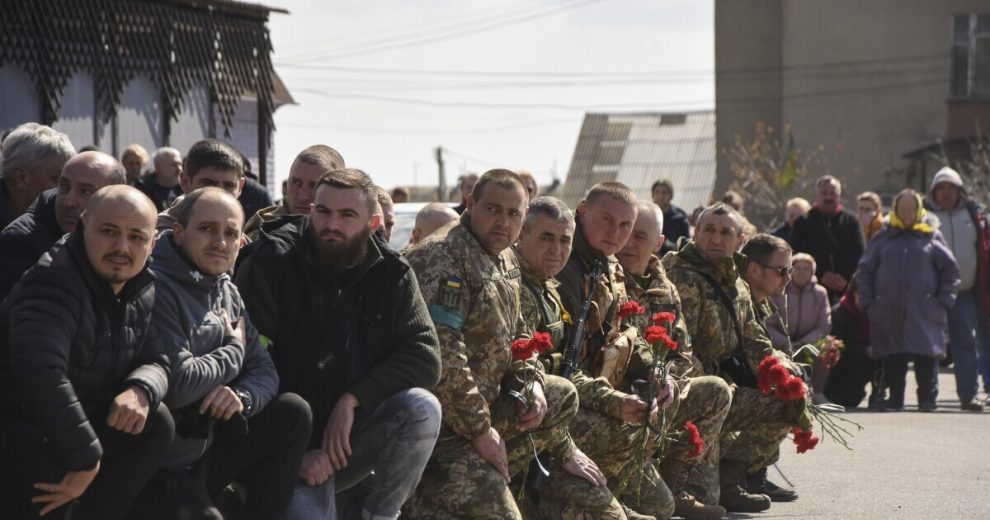 Russia’s onslaught against Ukraine’s energy infrastructure plunged the country into wintry darkness, threatening to trigger another refugee exodus and underscoring Kyiv’s need for more air defense systems.
Temperatures dropped below zero as night fell on Wednesday with millions of Ukrainians without heat, light or water after Russian President Vladimir Putin’s forces fired scores of missiles against its neighbour’s power infrastructure.

Ukrainian authorities enacted emergency blackouts and took three nuclear plants offline after rocket attacks knocked out power lines and left the reactors nowhere to transmit electricity. Even before the latest barrage, weeks of attacks had wrought more than $1.9 billion of damage to the grid, according to the state distribution utility, that will take considerable time to repair.

“Energy terror continues,” Andriy Yermak, the chief of staff to President Volodymyr Zelenskiy, said on Telegram. “We will withstand. They won’t break us.”

After suffering a series of battlefield defeats at the hands of Ukraine’s army, Moscow has turned to targeting the country’s energy infrastructure in a bid to crush Ukrainians’ spirit. With fighting expected to slow as winter weather makes it more difficult to cross obstacles such as muddy steppes, Ukrainians have remained defiant.

Russia’s stock of precision-guided artillery munitions “has been significantly reduced” and can’t be rapidly replenished because of trade restrictions on computer chips, US Defense Secretary Lloyd Austin said Wednesday. Ukraine’s Air Force said it shot down 51 of the latest barrage of almost 70 missiles, but they’re still having a devastating impact against Ukraine’s ability to keep the lights on and heat homes.

Even so, one analyst said it looks like a mistake from a military point of view.

“They’re essentially depleting their best missiles by targeting civilian infrastructure for something that’s not going to bear strategic or tactical significance on the front line.” said Kateryna Stepanenko, a Russia analyst at the Institute for the Study of War. “This is not a very great long-term strategic move for the Russians.”

Still, before the latest wave of rockets, the World Health Organization said that millions of lives are at risk in Ukraine this winter due to damaged infrastructure that has left 10 million people, or around one quarter of the population, without power.

Zelensky’s administration has set up emergency points for Ukrainians to weather blackouts, and the US and European Union governments have supplied his government with new equipment such as generators and fuel. A particular challenge is trying to source the near obsolete auto-transformers that are needed in Ukraine’s Soviet-designed electricity grid, according to a European diplomat familiar with the discussions.

Even as Ukraine’s allies scour their stockpiles, rebuilding the power infrastructure will take a long time, particularly if it’s under continual attack.

“It’s hard to run a modern society on fancy camping equipment,” said Joseph Majkut, the director of the Center for Strategic and International Studies’ energy security program. “This is a very cruel type of warfare and it portends a hard winter in Ukraine.”

The UK late last week pledged it would provide air defense equipment worth 50 million pounds ($60 million), and the US and Germany have already delivered National Advanced Surface-to-Air Missile Systems and an IRIS-T system, respectively.

EU officials, meanwhile, have expressed concern that the devastation to the energy grid may touch off another exodus of refugees to the bloc, in addition to the millions of Ukrainians who’ve already fled abroad to escape the war.

“The Russian strategy now seems to be to make those conditions so extremely horrible that people give in and maybe start putting pressure on the Ukrainian leadership to negotiate some sort of peace,” said Elisabeth Braw, a senior fellow at the Washington-based American Enterprise Institute.

Zelensky has ruled out negotiations with Russia until it withdraws forces from all of the country’s territories, including Crimea.