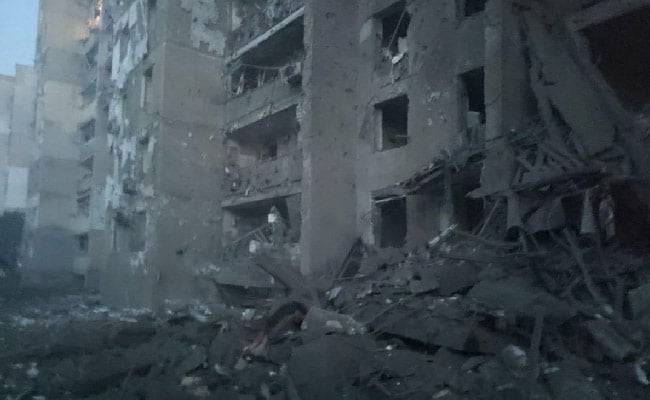 Artillery shells rained down on a city close to Europe’s biggest nuclear plant overnight and Russian missiles hit targets near Odesa, a Ukrainian Black Sea port and grain export hub, as the war headed for its six-month milestone on Wednesday.

Aug. 24 will also mark 31 years of Ukraine’s independence from Soviet rule and President Volodymyr Zelenskiy in a nightly video address called for vigilance, saying Moscow could try “something particularly ugly.”

Russian authorities said on Sunday they were investigating a suspected car bomb attack outside Moscow that killed the daughter of Alexander Dugin, an ultra-nationalist Russian ideologue who advocates Russia absorbing Ukraine.

While the investigators said they were considering “all versions” when it came to establishing who was responsible, the Russian Foreign Ministry speculated there could be a link to Ukraine, something a Zelenskiy adviser dismissed.

“Ukraine, of course, had nothing to do with this because we are not a criminal state, like the Russian Federation, and moreover we are not a terrorist state,” Mykhailo Podolyak said on Ukrainian television, suggesting the incident was “Karmic” payback for supporters of Moscow’s invasion.

As Ukraine prepared to mark its Independence Day embroiled in a war that has flattened towns and cities, killed thousands and forced millions to flee, military and regional officials reported more Russian strikes on targets in the east and south of the country.

Of particular concern was the shelling of Nikopol, a city lying across the Dnipro river from Zaporizhzhia, Ukraine’s and Europe’s biggest nuclear plant. It has been held by Russian forces since March.

The fighting in the proximity of Zaporizhzhia and Saturday’s missile strike on the southern Ukrainian town of Voznesensk, not far from Ukraine’s second-largest atomic plant, has spurred fears of a nuclear accident.

Five Russian Kalibr cruise missiles were fired from the Black Sea at the region overnight, the regional administration spokesperson said, citing information from the southern military command. Two were shot down by Ukrainian air defences and three hit agricultural targets, but there were no casualties.

Russia said on Sunday the missiles had destroyed an ammunition depot containing missiles for U.S.-made HIMARS rockets, while Kyiv said a granary had been hit.

There were no fresh reports of incidents in Crimea, the Black Sea peninsula Russia annexed from Ukraine in 2014, after a series of explosions made headlines in recent weeks.

In his speech, Zelenskiy referred obliquely to the blasts, for which Ukraine has not claimed responsibility, but analysts have said at least some have been made possible by new equipment used by its forces.

“You can literally feel Crimea in the air this year, that the occupation there is only temporary and that Ukraine is coming back,” Zelenskiy said.

In the latest incident, a drone attack on the headquarters of Russia’s Black Sea fleet was thwarted on Saturday morning, according to a Telegram post by Mikhail Razvozhayev, Crimea’s Russian-appointed governor, who is not recognised by the West.

In a daily Facebook update, Ukraine’s general staff also reported several attempted Russian assaults over the past 24 hours in Donbas, the eastern region partially controlled by pro-Moscow separatists and a Russian target in the past months.

In the south, Russian forces conducted a successful assault on the village of Blahodatne on the border between the Kherson and Mykolaiv regions, it said. The city of Mykolaiv was hit with multiple S-300 missiles early on Sunday, regional governor Vitaliy Kim said on Telegram.

Russia’s defence ministry said its forces had destroyed two M777 Howitzers in combat positions in the Kherson region, and a fuel depot in the Zaporizhzhia region.

Reuters was not able to independently verify the battlefield reports.