'Sachin did exactly the same in his career when…': Jadeja spots striking similarity between India opener and Tendulkar - Govt.in - Telling the truth- always! 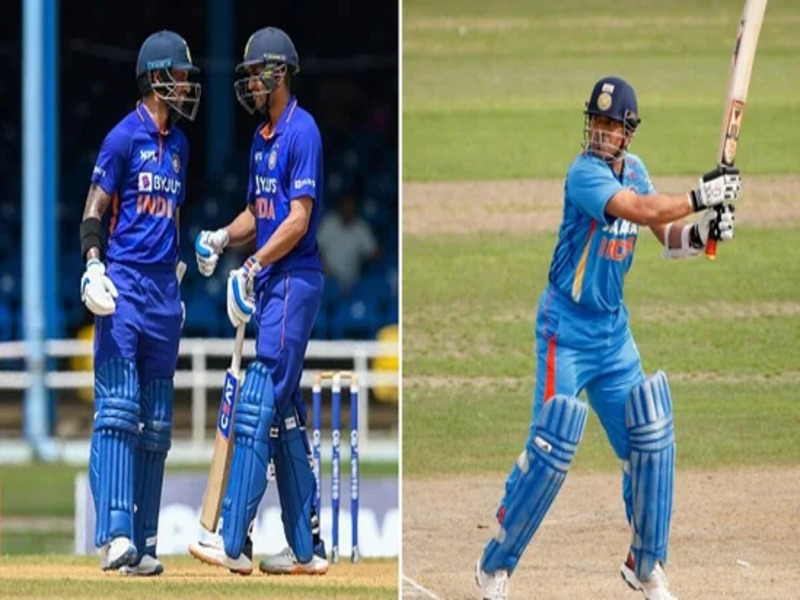 In Shikhar Dhawan and Shubman Gill, India seems to have found a potent opening pair. The left-hand, right-hand combination of Dhawan and Gill has tasted success in almost all the matches they’ve opened together starting from the West Indies tour, and Thursday was another example as they duo stitched an unbeaten 192-run partnership against Zimbabwe in the first ODI in Harare. Both batters remained unbeaten on 80-plus scores and were equally impressive but the one who kept adding to his consistency was Dhawan. He may no longer be part of India’s T20I and Test squads but the veteran India opener keeps proving every series why he is an indispensable part of the ODI set-up.

With 388 runs, Dhawan was India’s leading run-scorer in ODIs in 2022 and he extended his run tally to 469 with a solid unbeaten knock of 81 against Zimbabwe in the series opener. Dhawan peeled off his 38th ODI fifty as India cantered to a 10-wicket victory after chasing down 190 inside 30.5 overs. This was Dhawan’s third half-century in four innings to go with 97 and 58 against the West Indies.

Dhawan, at 36, does not have much cricket in front of him but the experienced India batter is enjoying his time out in the middle. A look at his Instagram posts and the way he bats and conducts himself on the field are a testament to it. During a post-match interaction, Dhawan was asked about his experience of batting with young Shubman Gill, to which he said, “Absolutely, I am enjoying batting with a youngster and feel like one as well”. Watching the India opener in such great spirits, former India batter Ajay Jadeja sensed a peculiar similarity between Dhawan and the great Sachin Tendulkar, explaining how the left-handed batter showed traits of the former India captain in his batting.

“There will always be a period where you are re-energised and you’ve got to change your game because the next generation is always quicker, faster, smarter. And they always push you. A good example is going back to Sachin Tendulkar. Think of him when Yuvraj Singh, MS Dhoni and all these guys came in. He did exactly the same thing in his career. He had to reinvent himself, changed the pace at which he was playing the game to keep up with the younger lot,” Jadeja said during the post-match show.

“You’ve got to catch up. Sometimes as a senior player you tend to take it easy, you’ve been around for so long… You stagnate at a certain place. But when that next generation comes, it starts pushing you. The first time was when Rahul Dravid and Sourav Ganguly came in and the next change was when Yuvraj, Sehwag and Dhoni came in. And you can see the same with Shikhar.”

With yet another century partnership, the Dhawan-Shubman Gill partnership is making all the right noises for India. The duo tasted success in West Indies and are now stretching their purple patch further against Zimbabwe. One standout feature about their opening-wicket stand was how well Dhawan and Gill complemented each other. Initially, Dhawan was the aggressor, while Gill played himself in, and in the final 10 overs, the roles had reversed. India achieved the target with minimal fuss and by scoring at six runs an over.

“In Zimbabwe had any little hope of defending their total, it was in the first 10 overs, it was shut soon. It was in two parts, which tells you the maturity of these two batters. They understood what was required what needed to be done at which stage of the innings. Dhawan was the senior partner, he knew what to do. But what I enjoyed was watching Shubman Gill; he is only 22 years old but he seems to possess an experienced-player’s head on his shoulders,” Jadeja said.

“Generally, when you are young and you get excited, you want to outclass the opponent, the opposition. You want to show ‘look I am a young man. Here he took his time, waited and once he felt that he was comfortable, he raised past Shikhar Dhawan. And this tells you about this young generation, how they think about the game. They maybe 22, but have the experience of a 35-year-old.”