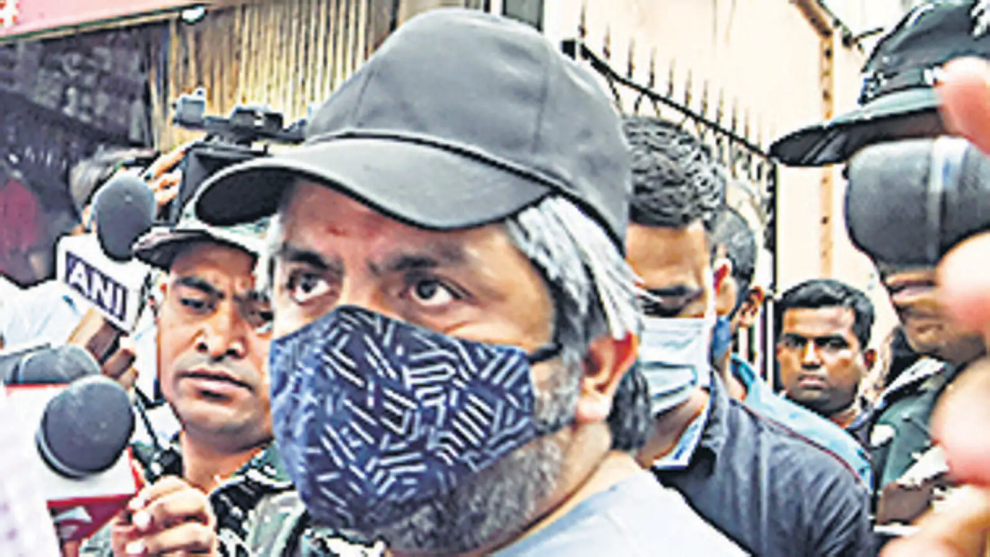 Mumbai News : Mumbai A special court extended the National Investigation Agency (NIA) custody of gangster Chhota Shakeel’s brother-in-law Salim Qureshi aka Salim Fruit till August 24, after the agency informed the court that he was assigned to finish the tasks left incomplete by Hasina Parkar, the deceased sister of fugitive gangster Dawood Ibrahim Kaskar.

The agency on Wednesday obtained Qureshi’s further custody alleging that they have evidence to show that Fruit was walking on the same path as that of Parkar.

“After her death, Qureshi was following Parkar’s modus operandi. He was completing the task left behind by Parkar,” NIA argued while seeking extension in his custody remand.

The prosecution said that Qureshi was threatening and extorting money from people. Also, NIA claimed that he was involved in usurping properties and smuggling gold and other valuables. This was done to fund terrorist activities of the Dawood Ibrahim gang, NIA said adding that the money was sent across to D-gang leaders.

NIA said that Chhota Shakeel was handling Dawood gang’s core operations in India and Qureshi was directly related to Shakeel. “Qureshi has travelled to Pakistan on many occasions and when asked for his passport, his family did not cooperate. We have approached the passport authority but are yet to get details of his passport and foreign trips,” NIA argued.

The NIA said the purpose of his visits was obvious that he wanted to meet Shakeel and carry out further activities for the gang.

Advocate Viquar Rajguru, who represented the accused, denied the allegations and maintained that Qureshi had no connection with Parkar.

The federal agency had on February 3 registered a case against fugitive gangster Dawood Ibrahim, his brother Anees and Chhota Shakeel among others for their alleged involvement in arms smuggling, narco-terrorism, money laundering, circulation of Fake Indian Currency Notes and unauthorised possession or involvement in acquisition of assets for raising terror funds and for working in active collaboration with international terrorist organisations like Lashkar-e-Taiba (LeT), Jaish-e-Mohammad (JeM) and Al Qaeda.