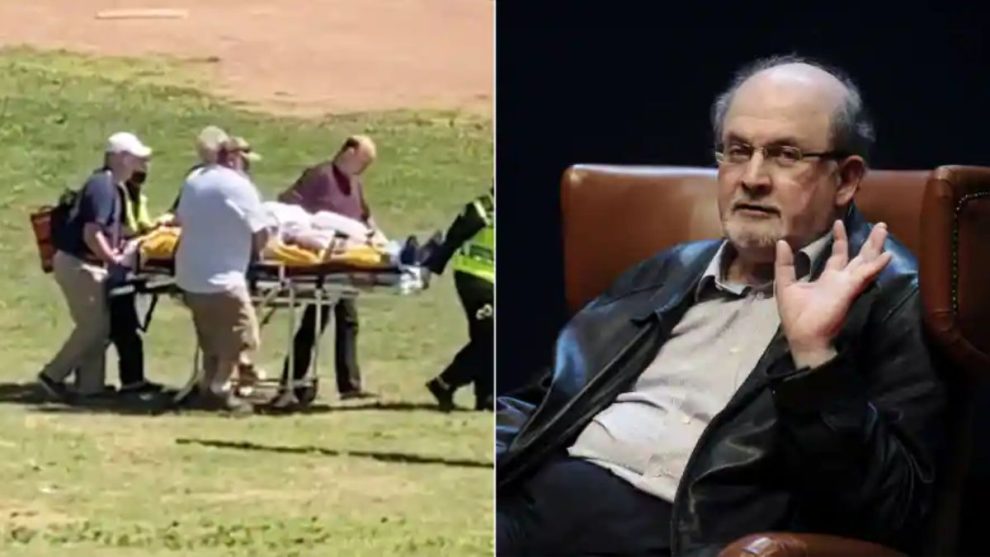 The author’s agent said that Salman Rushdie suffered severed nerves in an arm and damage to his liver, and could lose an eye. “The news is not good,” Andrew Wylie, his agent, wrote in an email. “Salman will likely lose one eye; the nerves in his arm were severed; and his liver was stabbed and damaged.New York state police identified his attacker as Hadi Matar, 24, from New Jersey. “The motive behind the attack remain unclear,” officials said.

A preliminary review of Matar’s social media showed him to be sympathetic to “Shia extremism” and the causes of Iran’s Islamic Revolutionary Guard (IRGC).Mr Rushdie was repeatedly stabbed by Hadi Matar who rushed to the stage and attacked him. Henry Reese, the interviewer, also suffered a head injury in the attack. Visuals and images circulating on social media showed some people rushing to the stage and taking the suspect to the ground, before a trooper present at the event arrested him.

A doctor in the audience administered medical care until emergency first responders arrived. Mr Rushdie was then airlifted to the hospital where he underwent an emergency surgery.The attack occurred as Rushdie was about to give a speech at the Chautauqua Institution near the New York city. There were around 2,500 people in the audience, who were evacuated later. “What many of us witnessed today was a violent expression of hate that shook us to our core,” the Chautauqua Institution said in a statement following the attack.

US National Security Advisor Jake Sullivan termed the attack as “appalling” and “reprehensible”. “All of us in the Biden-Harris Administration are praying for his speedy recovery.” Mr Sullivan said in a statement. New York governor Kathy Hochul too condemned the stabbing and hailed Rushdie as “an individual who has spent decades speaking truth to power.A British citizen of Indian origin – living in the US for the past 20 years – Salman Rushdie has faced threats for decades over his 1988 book, The Satanic Verses. The novel was considered by some clerics as disrespectful to the Prophet Mohammed.A reward was put on his head by Iranian leader Ayatollah Ruhollah Khomeini calling for his assassination. He spent nearly a decade under police protection in the United Kingdom, hiding and changing houses repeatedly. Mr Rushdie began to emerge from his life on the run after the Iranian government in 1998 said it won’t enforce that ‘fatwa’ or edict. Since 2000, Rushdie has lived in the United States.