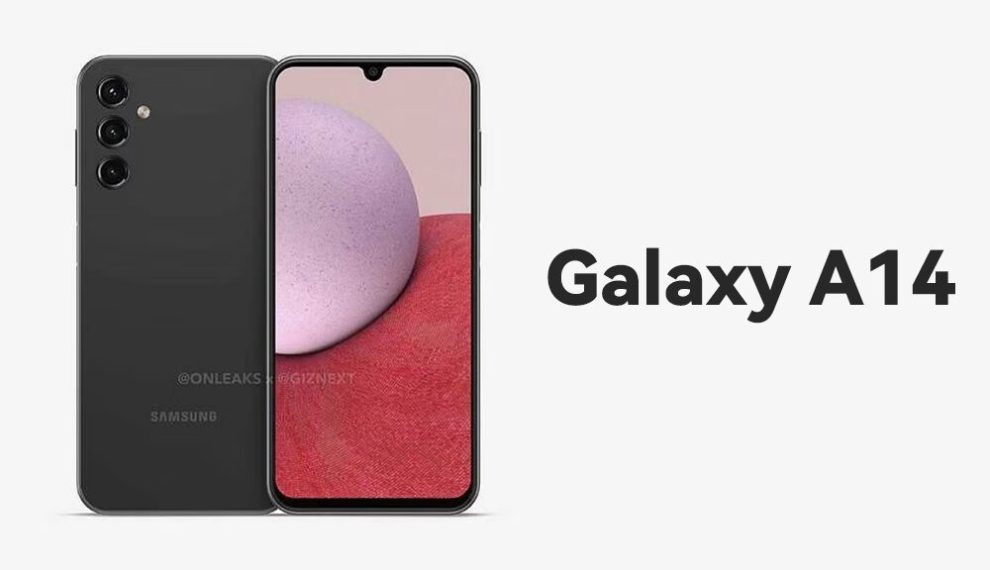 Samsung Galaxy A14 5G has been making the rounds at various certification sites, hinting that its launch might be soon approaching. A reliable tipster has now leaked an alleged press render of the Galaxy A14 5G. This handset is depicted to get a triple rear camera setup, including a 50-megapixel main camera. There also appears to be a waterdrop-style notch on the front for housing the selfie camera. Recent rumours have suggested that this smartphone might be powered by a MediaTek Dimensity 700 SoC. However, the tipster claims that it might feature an unannounced Exynos chip.

The supposed Galaxy A14 5G press render was leaked by tipster Evan Blass (Twitter: @evleaks) in collaboration with GadgetGang. It is said to feature a 6.8-inch full-HD+ display with a waterdrop-style notch for the 13-megapixel selfie camera. This Samsung smartphone could get a 50-megapixel triple rear camera setup as well.

Under the hood, it might pack an unannounced Exynos chipset. The Galaxy A14 5G is said to also house a 5,000mAh battery. The leaked render also provides a look at the right spine of the handset, which appears to feature volume rockers and a power button/ fingerprint sensor.

Samsung is yet to reveal its pricing details and launch date. However, Blass claims that the Galaxy A14 5G will be aggressively priced to sit at the bottom of Samsung’s lineup of affordable smartphones. The tipster suggests that the South Korean tech giant might even launch this handset with offers allowing customers to take the handset home for free.