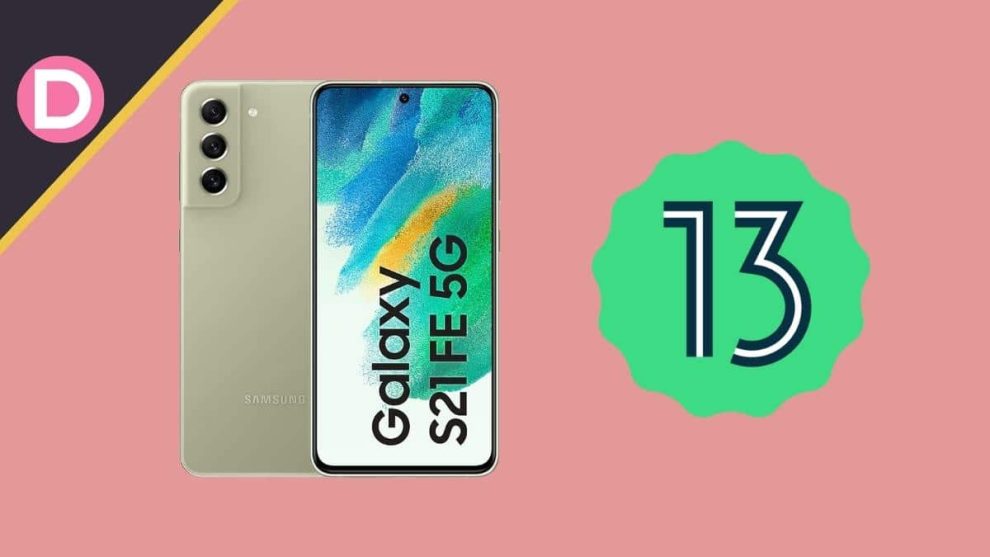 Samsung Galaxy S21 FE, Galaxy S20 FE are reportedly being updated to One UI 5 based on Android 13. The company’s previous ‘Fan Edition’ premium smartphones were both launched in India. The updates for handsets also add new features that come baked into Samsung’s customised One UI 5.0 skin, apart from performance improvements and cosmetic updates. It is worth noting that at the moment, only the Exynos version of the Samsung Galaxy S20 FE handset is receiving the update to One UI 5.

SamMobile reported that the update first started rolling out to the older Fan Edition smartphone which was soon followed by a roll out to the latest model of the Fan Edition called the Samsung Galaxy S21 FE 5G.

At the moment, only the Exynos version of the Galaxy S20 FE (or the 4G/LTE model) has begun receiving the update. The Android 13 update for the Galaxy S20 FE 5G (with the Qualcomm Snapdragon 865 SoC) is yet to be released.

As per the report, the update has started rolling out for handsets sold in Russia and will be coming to smartphones sold in other regions shortly. The Samsung Galaxy S20 FE has been updated to firmware version G780FXXUAEVK3, which is about 2GB in size and also comes with the November 2022 Android security patch.

As for the Samsung Galaxy S21 FE 5G, the Android 13 update is currently rolling out for the international variant (model number SM-G990B) and updates the phone to firmware version G990BXXU2DVK3. The update is around 2.3GB in size and has begun rolling out globally in batches.

Android 13 brings plenty of new features to devices capable of running the software. While Samsung users will have to settle with a slightly skinned version of the operating system (compared to the Google Pixel devices) with One UI, they do get plenty of cosmetic changes including a redesigned lock screen, new app icons, multitasking gestures and more. Performance improvements and underlying Android 13 features and updates have also made it to the update.

To recall, the Samsung Galaxy S20 FE along with its 5G variant were announced globally back in 2020. India initially only received the 4G variant of the smartphone with an Exynos 990 SoC in September 2020. Samsung followed up with the 5G variant in March 2021. The Samsung Galaxy S21 FE (launched in January 2022) switched to an Exynos SoC once again with the Exynos 2100 processor.