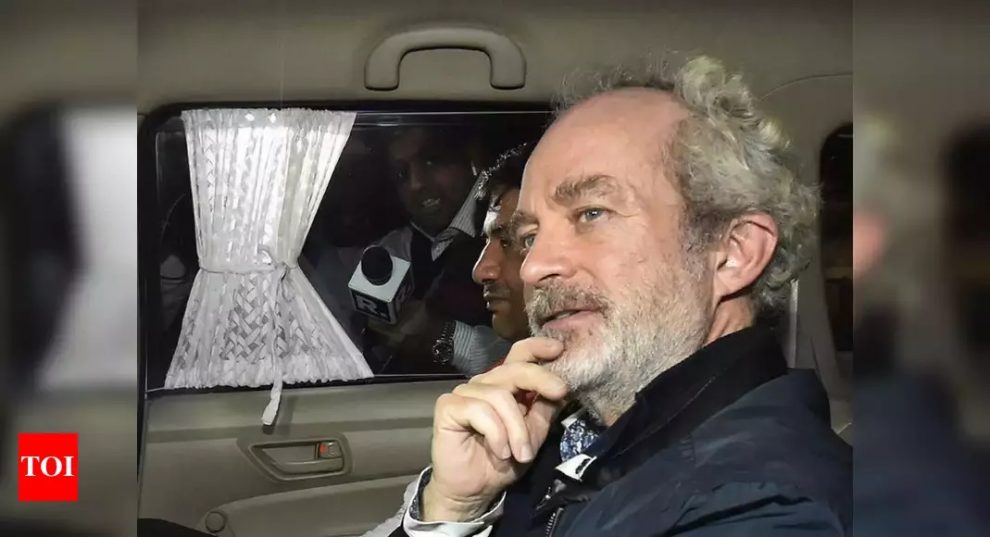 NEW DELHI: The Supreme Court on Wednesday refused to entertain interim bail plea of AugstaWestland VVIP helicopter deal kickback accused Christian Michel James’s plea for interim bail after the Delhi High Court didn’t find him fitting in the category of inmates required to be released to decongest jails in view of Covid-19 pandemic.
A bench of Justices D Y Chandrachud and M R Shah told the counsel for the petitioner that since his plea for interim bail is pending in the Delhi HC, it would be better for him to await his turn in the HC for a hearing on his petition. Michel had cited his illness and vulnerability to Covid-19 while being lodged at Tihar Jail to seek interim bail.
The HC had initiated scrutiny of the cases of prisoners in Tihar Jail who fitted in the category for release convicts and undertrials not facing serious charges to decongest the prisons in view of Covid-19 pandemic, as directed by the Supreme. However, the HC’s high-powered committee found that Michel did not fall in the category to be released on interim bail. This made Michel to approach SC claiming that the pandemic could trigger serious pathologies.
Michel is accused of having entered into as many as twelve contracts with AgustaWestland to legitimize alleged kickbacks amounting to 42.27 million euros received on the procurement of VVIP helicopters by India. He was extradited from Dubai to India in December 2018, and has been lodged in Tihar jail shortly thereafter.

Covid-19: Suspension of railway services to be extended till April 14