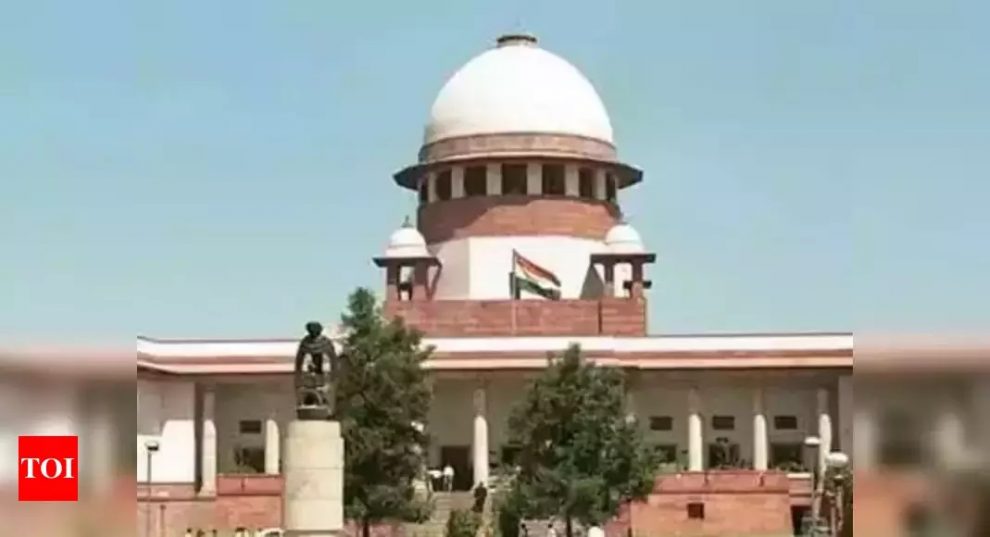 NEW DELHI: Remaining locked down in their homes because of Covid-19, the Supreme Court Judges on Friday sought an action plan from the Centre by Monday to bring back 500 Ladakhi Shias stranded for weeks at Qom in Iran while on a pilgrimage.
A bench of Justices D Y Chandrachud and Surya Kant operated from the residential office of Justice Chandrachud on Tughlaq Road while senior advocate Sanjay Hegde argued case through video conferencing from his home office.
The petition was filed by a relative of one of the Shia pilgrims from Kargil in Ladakh who are stranded in Qom. The petitioner claimed that these pilgrims are being kept in groups of four and five in hotels and guest houses and are surviving with the help of locals as they have completely run out of money. Iran is one of the countries worst-affected by Covid-19 pandemic after China and Italy.
The bench issued notice to the Centre and asked it to detail the steps being taken to bring them back and reach out to them with financial assistance. The petitioner said that around 750 Shia pilgrims went to Iran but only 250 of them have managed to return, leaving them rest stranded.
In another case, a woman personally argued her case from SC’s additional building where the video-conferencing facility is set up. She claimed that she had been rendered destitute after the death of her wealthy live-in partner.
She said that after death of her live-in partner, the family members of her partner have thrown her out from the partner’s residence and that she had no where to go. Strangely, she said that she was put up in a government guest house at Pusa Road in Delhi.
The bench of Justices Chandrachud and Kant heard her out and directed the deceased partner’s family to immediately pay an interim compensation of Rs 4 lakh to enable her find a place of stay and make ends meet during this lockdown period.
Showing the humane face during this difficult time, the same bench also directed release of two convicts on interim bail after finding that they were suffering from pancreatic and thyroid cancer. In another case, the bench ordered release of a convict again on interim bail when it was informed that his wife was suffering from ailment and there was no one to take care of her.

‘Picking Karthik only as finisher and blocking that space is bizarre’

A powerhouse in CWG, Indian wrestling team’s real test will be Asiad and Worlds

Twitter Can’t Keep Calm: No Mercy For The New Design Of The iPhone 11 Series