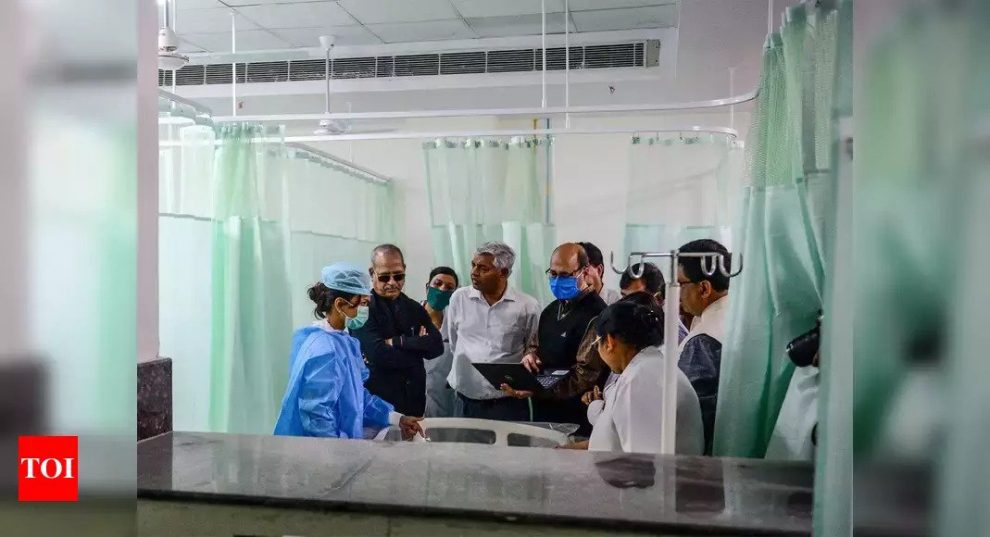 NEW DELHI: The Supreme Court on Wednesday asked the Centre to conduct fresh tests and examine the possibility of bringing back 250 Indian pilgrims stranded in Qom, Iran, who have tested positive for coronavirus and yet to be evacuated.
The Centre, represented by Solicitor General Tushar Mehta, contended before a bench of Justices D.Y. Chandrachud and MR Shah that many Indians stranded in Iran have been brought back and the 250 pilgrims tested positive are getting best facilities in Iran.
Coronavirus lockdown: Latest updates
The bench observed it is of the opinion that the Indian Embassy should be constantly in touch with people and also monitor the situation closely. The court said it will pass orders in favour of the petitioners.
Senior advocate Sanjay Hegde, appearing for the petitioners, said they should be brought back and quarantined at a facility here. Mehta replied currently all flights have been cancelled, and we are waiting for the decision of Ministry of External Affairs (MEA).
“They will be brought back when possible, the MEA is in touch with them”, said Mehta insisting the petition has become infructuous. Justice Chandrachud told the petitioner’s counsel that those people are being taken care of, and that the matter be left to the government now.

Hegde replied that many of them do not have symptoms. “They are asked to stay in hotels where others with symptoms are being quarantined. They may develop the symptoms therea. The 250 there don’t have money, medicines. Why can’t they be brought to a place like Leh?” contended Hedge.
Mehta replied that many people were brought back and sent to Leh, and that they have now developed symptoms. Justice Chandrachud said: “We are thinking of asking Indian Embassy to constantly monitor the situation, take fresh tests and look into as to when they can be brought”.
Justice Shah also told the petitioner’s counsel that the government is also taking the matter seriously.
The apex court last week had issued a notice to the Centre on a plea for immediate evacuation of around 850 Indian Shia pilgrims from the city of Qom, the Iranian epicentre of corona outbreak. A Bench of Justices D.Y. Chandrachud and Surya Kant issued notice to the Centre on the evacuation of pilgrims from Iran, which is worst hit by COVID-19, with a death toll of over 2,000.
The apex court order came on a petition filed by one Mustafa M.H. whose three relatives are stranded in Iran.
According to the petitioner, these pilgrims, hailing mainly from poor financial backgrounds, were scheduled to return to India weeks back.
The matter will come up for further hearing on March 30.

‘You need to sort it out as soon as possible’: Former selector wants Team India to finalise their No.4 batter