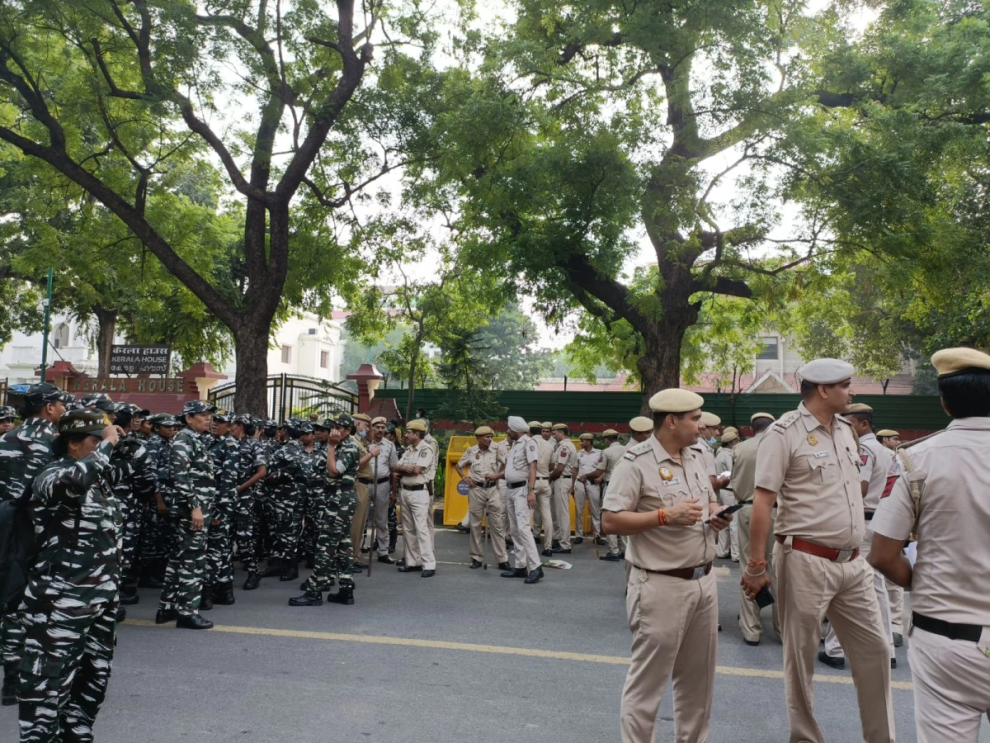 The Samyukt Kisan Morcha (SKM) and other farmers’ groups are organising a mahapanchayat at the Jantar Mantar on August 22, Monday to protest against unemployment, following which security has been tightened at Delhi borders. Section 144 has been imposed in the national capital and police have heightened security at the three border entry points to Delhi at Ghazipur, Singhu and Tikri.

Farmers have begun arriving at Jantar Mantar to stage a protest amid heavy police and security presence.

The Delhi Police has made elaborate security arrangements, put up barricades and deployed huge numbers of personnel in border areas to keep the law and order situation in control.

On Sunday, ahead of the protest, farmer leader Rakesh Tikait was detained by the Delhi Police at the Ghazipur border while he was trying to enter the national capital to take part in the rally.

“The Delhi Police working at the behest of the government cannot suppress the voice of the farmers. This arrest will bring a new revolution. This struggle will continue till the last breath. Won’t stop, won’t get tired, won’t bow down,” Tikait tweeted in Hindi.

-The Kisan mahapanchayat is scheduled to start at 10 am on August 22, 2022 at Jantar Mantar, New Delhi. A gathering of 4000-5000 is expected.Delhi Police had denied permission to hold a protest rally at the Jantar Mantar. “Permission was sought from us to organise a protest but it was not given due to the crowd,” Amrutha Guguloth, Deputy Commissioner of Police, New Delhi told India Today.

-Apart from Delhi police, additional forces have been deployed at Jantar Mantar to avoid any untoward incident. Massive police deployment has been put up at Haryana’s Singhu border, the focal point of farmers’ protest against the agricultural laws in the past.

-Farmers are expected to pass through the jurisdiction of the outer district, including Ghazipur border in Uttar Pradesh’s Ghaziabad. Barricades have been put up at Ghazipur border and police are maintaining a tight vigilance on the vehicles.

view of the Mahapanchayat and traffic movement has also been restricted in areas around Jantar Mantar. Police have requested commuters to plan their journey in advance and avoid the mentioned roads for convenience.Roads such as Tolstoy Marg, Sansad Marg, Janpath, Outer Circle Connaught place, Ashoka Road, Baba Kharak Singh Marg and Pandit Pant Marg are likely to see congestion today.
The protest comes after the SKM had organised the dharna at Rajapur Mandi Samiti in Lakhimpur city including the sacking of MOS Home Ajay Kumar Mishra, release of ‘innocent’ farmers from jails, a law guaranteeing MSP (minimum support price), the withdrawal of the Electricity Amendment Bill 2022, payment of sugarcane dues and land rights to farmers.
(Except for the headline, this story has not been edited by GOVT.in staff and is published from a syndicated feed.)