‘Sent a screenshoot of India’s scorecard to Finch, said what is going on with Suryakumar?': Maxwell's massive praise - Govt.in - Telling the truth- always! 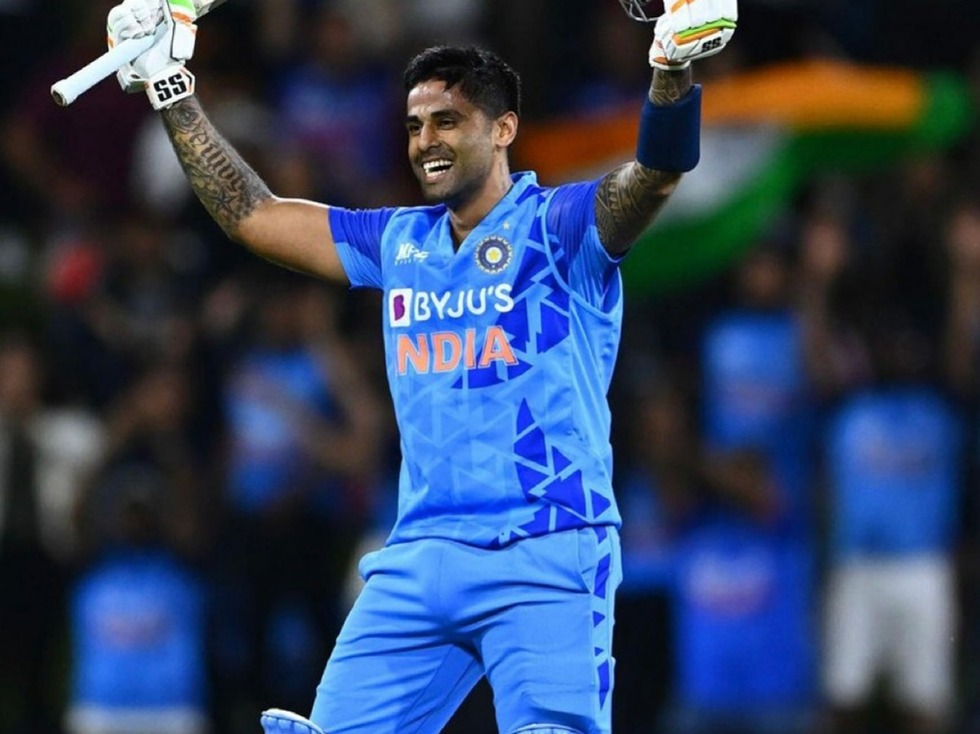 Glenn Maxwell was completely bowled over by Suryakumar Yadav’s batting in T20Is. The Australia all-rounder said the India batter is currently making everyone else look worse for not being able to bat the way he is batting consistently. Suryakumar Yadav has been enjoying a dream run in international cricket. He finished as the third-highest run-getter in the recently-concluded T20 World Cup. He has carried forward the same form in New Zealand as fans witnessed another spectacle by the current number one ranked T20I batter earlier this week.

Suryakumar once again came to India’s rescue and went to complete his second ton in the T20Is. After the washout in Wellington, Suryakumar smashed an unbeaten 111 off just 51 balls in Mount Maunganui, helping India beat New Zealand by a handsome margin of 65 runs. Batting at a strike-rate of 217.65, Suryakumar went to hit eleven 4s and seven 6s in the innings, which saw him draw praises from across the globe.
‘Sanju Samson was batting well, I thought he should’ve played in my place’: India batter
Australian all-rounder Glenn Maxwell was one among the many and he shared his thoughts on the knock while speaking to The Grade Cricketer.
“I didn’t know the game was on. But I later checked the scorecard, took a screenshot and sent it straight to Finchy (Aaron Finch) and said, ‘What is going on here? He is batting on a completely different planet! Look at everyone else’s scores and look at this bloke scoring 111 off 50.’,” said Maxwell.

The neext best score in that Indian innings was Ishan Kishan’s 36 off 31.
“The next I watched the full replay of the innings and the embarrassing thing is that he is so much better than everyone else. It’s almost hard to watch. No one we have got is close to that. Suryakumar Yadav is doing it in such a bizarre, ungainly way. He’s just hitting the middle of the bat by stepping aside aside, deciding to sweep someone who bowls at 145. The from off the wicket on the other side. He then just puts his head down, chews some gum, glove tap, bat tap and then off he goes and does it again. He’s playing some of the some of the ridiculous shots I’ve ever seen and he’s doing it stupidly consistently. It’s hard to watch cause it makes everyone else so much worse for not being able to do that,” he added.
Maxwell also spoke about Suryakumar’s knock against South Africa in Perth, which India lost by five wickets. After a batting collapse, which saw India get reduced to 49/5 in 8.3 overs, Suryakumar’s 40-ball 68 had helped India post a respectable 133/9 on the board.
“The innings that he played at Perth was one of the most ridiculous innings I have ever seen, having batted there a couple of days before that. Especially for an Indian to bat like that in those conditions and be so successful is just incredible,” the all-rounder said.
(Except for the headline, this story has not been edited by GOVT.in staff and is published from a syndicated feed.)
Tagscricket Surya kumar Yadav