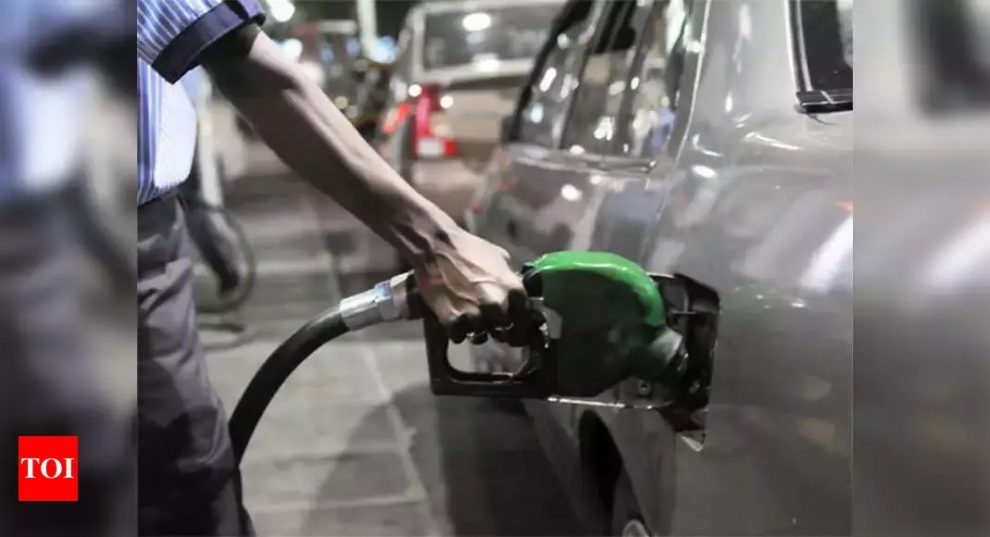 NEW DELHI: The Congress on Monday accused Prime Minister Narendra Modi and his government of “shamefully” taking advantage of people’s misery and profiteering from the crash in international crude oil prices.
Congress chief spokesperson Randeep Surjewala said such an act by the government was “inhumane and heartless”, as people were losing their livelihood and the government was making profit by raising excise duties on petrol and diesel.
“Dear PM, To take advantage of people’s miseries in this fashion is utterly shameful, inhumane and heartless. People are losing livelihood and jobs and BJP government is profiteering from the crash in crude oil prices by raising excise duties. Don’t push people to the brink,” he tweeted.

The government on Monday amended the law to get enabling powers to raise excise duty on petrol and diesel by Rs 8 per litre each in future.
Finance Minister Nirmala Sitharaman moved an amendment to the Finance Bill, 2020, to raise the limit up to which the government can raise special excise duty on petrol and diesel to Rs 18 per litre and Rs 12, respectively.
The amendment along with the Finance Bill was passed without a debate in the Lok Sabha.

World Elephant Day : Here are 5 you need to know about Mysuru Gajapayana

Bill to regulate use, trade and manufacture of pesticides tabled in Rajya Sabha
Rajya Sabha bids farewell to 57 retiring members from 20 states