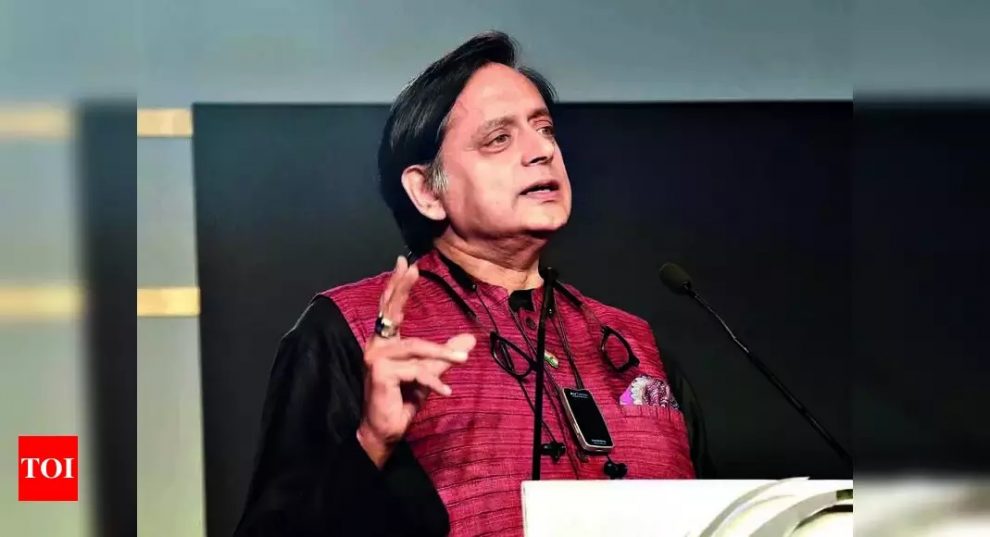 NEW DELHI: Senior Congress leader Shashi Tharoor on Monday urged Prime Minister Narendra Modi to reconsider the Centre’s decision to suspend MPLADS funds for two years, saying they have a demonstrable potential to be deployed as an effective supplement to the initiatives being made by the central and state governments.
In a letter to the Prime Minister, Tharoor commended the government for its decision to revise the salaries of Members of Parliament and offered his wholehearted support for it.
However, he expressed concern over the government’s decision to suspend all Members of Parliament Local Area Development Scheme (MPLADS) funds for the period of two years in the wake of the coronavirus pandemic.
“As I am sure you will agree, by design, the MPLADS has traditionally been utilised to address and remedy gaps in our governance initiatives that may have been overlooked by the state and central government in their announcements of major development projects,” Tharoor said in his letter.
“By removing the resources at their (MPs) disposal to make critical interventions and bringing them under the ambit of the Consolidated Fund of India, it would centralise the allocation of funds, in turn, potentially leading to significant delays in the devolution of funds. MPLADS preserved the sense of direct responsibility for the well-being of constituents that is a hallmark of an Indian MPs work,” he said.
The money will now be allocated by the Centre and will follow the priorities and preferences of New Delhi, rather than reflect 543 sets of local needs, the MP from Thiruvananthapuram said.
The government’s move will also raise other questions regarding allocation, he said.
“For instance, despite being one of the most affected regions, my state of Kerala has so far only received Rs 157 crores from the first instalment of the Centre’s share in State Disaster Response Mitigation Fund, whereas other states that are less affected have received a larger portion of the first tranche from the Centre,” he said.
Tharoor said that he agrees with the Prime Minister on the need to garner additional resources in the nationwide campaign against Covid-19.
However, he said, “I would urge you to reconsider the decision to suspend MPLADS funds since it has a demonstrable potential to be deployed as an effective supplement to the initiatives being made by the central and state governments.”
“As an alternative, the government could use its authority to mandate that the MPLADS should be directed for Covid-19 related initiatives and could issue a fresh set of guidelines to enable the same,” he said.
There are no political differences in the fight to address the impact of this epidemic but at the same time, it must also be ensured that all branches of the governance structure of the country are equipped in their own way to intervene and offer relief to the people in these trying times, Tharoor said.
The Cabinet on Monday approved temporary suspension of MPLADS fund scheme during 2020-21 and 2021-22, and the funds will be used for managing health services and the adverse impact of Covid-19 pandemic in the country.
The Union cabinet also approved an ordinance to reduce the salaries, allowances and pensions of Members of Parliament (MPs) by 30 per cent for one year and the amount will be utilised in the fight against coronavirus.
The President, Vice President, governors of states have also voluntarily decided to take a pay cut as a social responsibility.