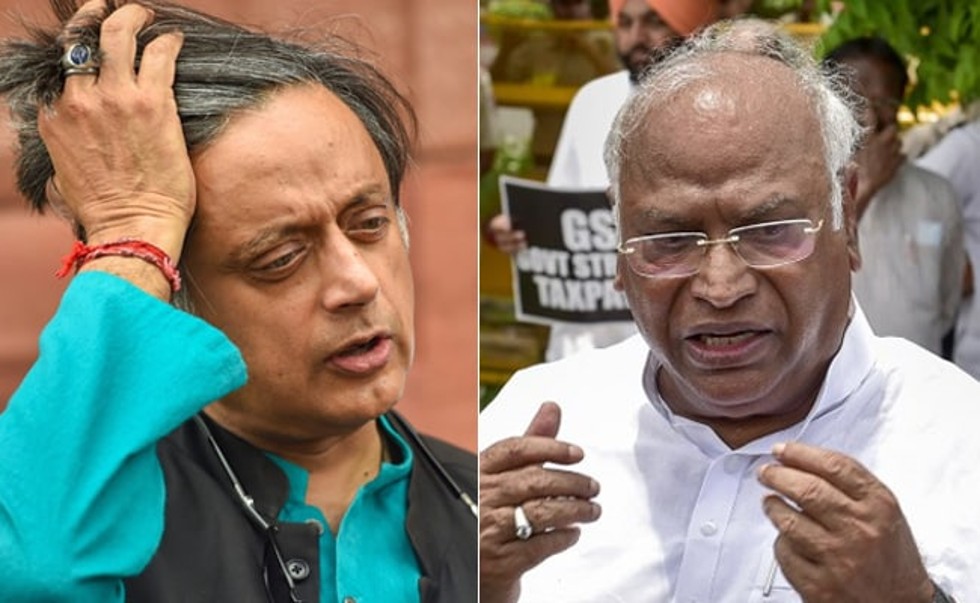 New Delhi: The election for Congress president is not a contest within the party, but an opportunity for party members to choose how to effectively take on the BJP, key contender Shashi Tharoor said today in a smart response to rival Mallikarjun Kharge.
Mr Kharge, who is being seen as the Gandhis’ choice for the top post, told reporters yesterday that he had spoken to Mr Tharoor after the nomination process and told him that it would be “better to have a consensus candidate”, but the Thiruvananthapuram MP insisted on a contest. Mr Tharoor, he said, had said there “should be a fight in a democracy”.

“When a candidate decides to contest, how I can stop him. So, he is fighting and he is my younger brother. It is a family matter, and we have to stay united today and tomorrow,” the 80-year-old veteran asserted.

In a tweet this morning, Mr Tharoor said he agrees with Mr Kharge that all in the Congress must take on the BJP and not each other. The election for party chief, he said, is to choose “how to do it most effectively”.

“Let me make clear that I agree with @kharge ji that all of us in @incIndia wish to take on theBJP rather than each other. There is no ideological difference between us. The choice for our voting colleagues Oct17 is only on how to do it most effectively. #ThinkTomorrowThinkTharoor,” he tweeted.

In his campaign for the election, Mr Tharoor has said the Congress needs to change and said Mr Kharge is a candidate of “continuity” and “status quo”.

The run-up to the Congress president election has seen high drama. Rajasthan Chief Minister Ashok Gehlot, earlier considered the Gandhis’ choice and a clear frontrunner, dropped out after a section of the state’s MLAs said they will not accept Mr Gehlot’s bitter rival Sachin Pilot as chief minister if the veteran leader was elected Congress chief.

While Mr Gehlot denied any role in this rebellion, it is unlikely that the MLAs went so far as defying the high command’s writ without his blessings.

With Mr Gehlot stepping back, MP and former Madhya Pradesh Chief Minister Digvijaya Singh threw his hat in the ring, but dropped out a day later. He said Mr Kharge is his leader and he can’t think of contesting against him.