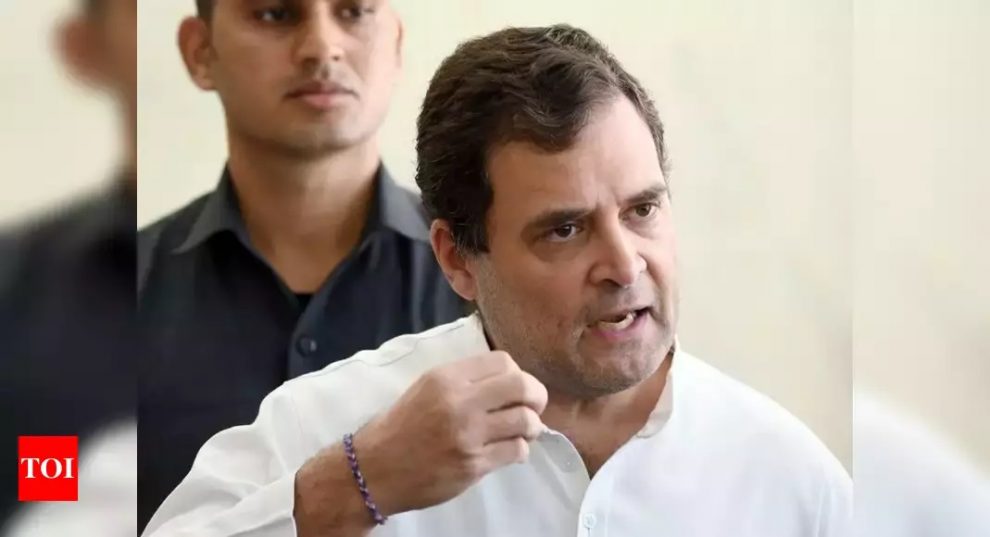 NEW DELHI: Congress leader Rahul Gandhi on Saturday made light of Prime Minister Narendra Modi’s appeal to people to light lamps and shine torches on April 5, saying it will not help India fight Covid-19.
He claimed not enough tests are being conducted in the country to combat the spread of coronavirus.
In a video message on Friday, Modi had urged people to switch off the lights in their homes and light lamps, candles or shine torches and mobile phone flashlights for nine minutes at 9 pm on April 5 to display the country’s “collective resolve” to defeat coronavirus.
“India is simply not testing enough to fight the Covid-19 virus,” Gandhi said on Twitter.
“Making people clap & shining torches in the sky isn’t going to solve the problem,” he said.

India is simply not testing enough to fight the #Covid19 virus. Making people clap & shining torches in the sky i… https://t.co/f8cxFSZtK1

In his message, Modi had also said that once people everywhere light lamps or shine flashlights of their mobile phones at their doorsteps or balconies, it will emerge in this “superpower” of brightness that “we are all fighting with a collective resolve”.
It is required for the country’s people to experience the “greatness, majesty and divinity” of this shared strength and resolve from time to time, he said.
Last month, the prime minister had addressed the nation twice — on March 19 and March 24.
On March 19, Modi called for resolve and restraint to fight coronavirus. He had also announced a ‘Janta Curfew’ on March 22 and asked people to clap or ring bells within their homes for five minutes to show their gratitude towards those involved in essential services.
On March 24, he announced a 21-day nationwide lockdown to check the spread of the deadly virus.
As of Saturday, India has reported 2,902 Covid-19 cases with 68 deaths, according to the Union health ministry.

DIY masks: What precautions you need to take while removing handmade mask