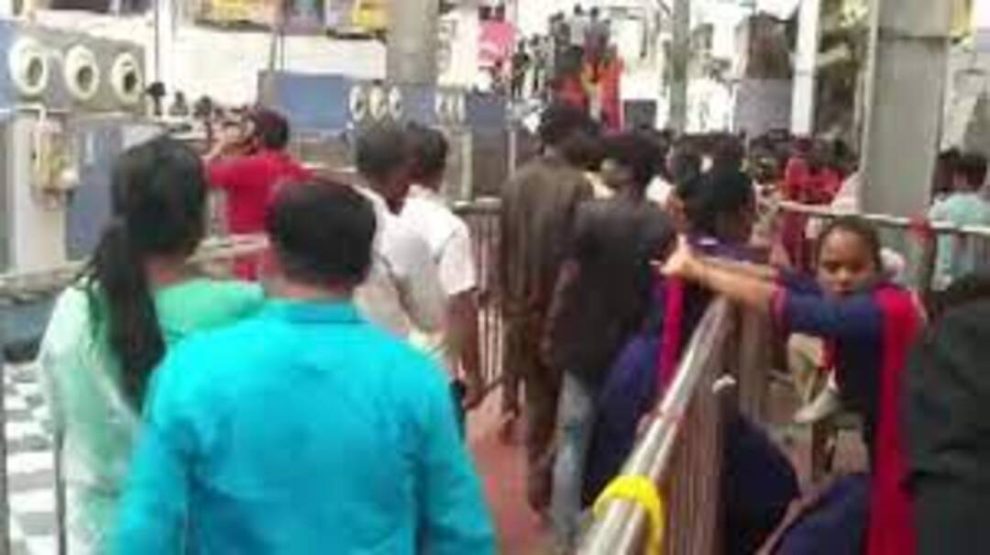 Jaipur : A stampede broke out outside the famous Khatu Shyam Ji temple where thousands of devotees were waiting in queues for a ‘darshan’ on the occasion of ‘Gyaras’, an auspicious day as per the Hindu calenda A station house officer (SHO) was suspended on Monday after three women were killed and several others were injured in a stampede at a temple in Sikar, Rajasthan.

According to a report by news agency PTI, Riya Choudhary, the in-charge of Khatu Shyam Ji police station, was suspended as she “did not handle the situation well” when there was a “heavy rush” outside the temple.

“There was a heavy rush outside the temple. The pressure mounted as soon as the temple gates opened, which led to a situation that left three women dead. It was not handled well. SHO Riya Choudhary has, therefore, been suspended,” Sikar superintendent of police K Rashtradeep was quoted as saying.

Earlier in the day, a stampede broke out outside the famous Khatu Shyam Ji temple where thousands of devotees were waiting in queues for a ‘darshan’ on the occasion of ‘Gyaras’, an auspicious day as per the Hindu calendar.

In one of the queues, a 63-year-old woman with a history of heart ailment collapsed. Two women behind her, too, fell down due to the rush. Among those who were injured, two were referred to a hospital in Jaipur.

In a tweet, Prime Minister Narendra Modi wrote, “Saddened by the loss of lives due to a stampede at the Khatu Shyamji Temple complex in Sikar, Rajasthan. My thoughts are with the bereaved families. I pray that those who are injured recover at the earliest.”

Chief minister Ashok Gehlot, too, expressed his grief.”Death of three women due to stampede in Khatu Shyam Ji in Sikar is very sad and unfortunate. My deepest condolences are with the bereaved family members,” he tweeted in Hindi.