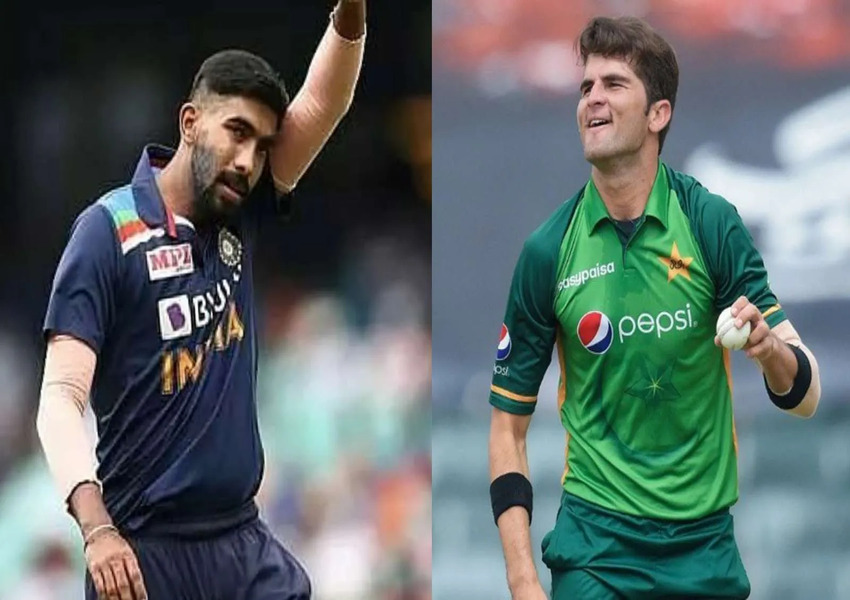 Bowling fast is the most physically-taxing pursuit in cricket, which makes quality practitioners of the art rare gems. It is terribly tempting for captains to put them into service frequently, as they are often the sharpest weapons at their disposal. But the pressure it puts on various parts of the human anatomy always makes fast bowlers susceptible to injuries.

Jasprit Bumrah and Shaheen Shah Afridi are two of the best speedsters in the current game, but neither will take the field when India and Pakistan clash in the Asia Cup next Sunday. While the leader of the Indian attack is out with a back injury, the latter is nursing a right knee ligament injury. While the batsmen in the two teams may breathe a sigh of relief, it takes some star power from the marquee clash. It also emphasises the load fast bowlers have to bear if they play all three formats of the game.

While the Asia Cup is a significant tournament in its own right, the T20 World Cup in Australia is the big prize two months down the line and the two sets of selectors would do everything to ensure that their most potent tools are ready to fire on the major stage.

While Bumrah is known to turn any match India’s way in the space of a few deliveries, Afridi’s impact can be gauged from his performance when these two teams met last – in last year’s T20 World Cup. The left-armer dismissed Rohit Sharma in the first over of the match with a ball that curved into the batsman’s pads at pace. In his next over, Afridi castled KL Rahul with another in-ducker. Later in the innings, he returned to dismiss Virat Kohli to prevent India from putting up a sizeable total, as Pakistan secured a 10-wicket victory.

Both of them have been pressed into service at key times in all three formats, but it begs the question whether such prize assets should be used more sparingly. One sees the impact James Anderson still has with the red ball, even after turning 40, since he gave up white-ball cricket. South Africa were keen to get  Kagiso Rabada fully fit for the recent Lord’s Test, and he responded with a Player-of-the-Match performance. Pat Cummins is the Australian Test captain, but he is given frequent breaks from white-ball games, and Mitchell Starc and Josh Hazlewood are also kept as fresh as possible.

This is to guard against what has happened recently in the cases of Ben Stokes and  Trent boult,who found the relentless cricket schedule a bit too overwhelming and made their own decisions.

It won’t be unfair to say that it will be Pakistan who are more likely to feel the absence of their star performer. In addition to the psychological aspect – Afridi was instrumental in their first win over the neighbours in a World Cup match of any format – the likes of Haris Rauf and Naseem Shah are yet to compile a significant body of work in international cricket. Also, Afridi has been ruled out with less than 10 days to go for the Asia Cup, so there’s no clarity about who will take the new ball against India.

The 22-year-old left-arm pacer last played in the Test series in Sri Lanka, and didn’t get into the XI in the games in the Netherlands, even though he was included in the squad. It prompted some to question the wisdom in fielding Pakistan’s premier fast bowler in such a low-key series, even after he experienced some discomfort in Galle.

After being advised “four-six weeks rest”, Afridi will also miss the seven-match home T20I series against  England next month. He features in most of Pakistan’s international fixtures in recent times, but it’s the first serious injury setback of his career. So, the selectors will be doing everything in their power to ensure he is part of their T20 World Cup plans. They hope to have him for the T20 tri-series in New Zealand, also involving Bangladesh, in the lead up to the main event.

Bumrah’s unavailability was known to the selectors for longer, so they had time to plan around it. He last played for India in the ODI series in England, where he missed the decider after experiencing back spasms. The Indian Premier League also takes a toll on the fast bowlers’ bodies. However, the selectors have resisted including the likes of Mohammed Shami, Mohammed Siraj and Shardul Thakur, who have been stellar performers in Test cricket, for the Asia Cup. They have reposed faith in a rejuvenated Bhuvneshwar Kumar, who seems to be back to somewhere near his best, especially with the white ball.

Newcomers  Avesh Khan and Arshdeep Singh get a chance to make a name for themselves, while there’s hope that Hardik Pandya will make an impact whenever called upon with the ball. With Ravichandran Ashwin, Ravindra Jadeja, Ravi Bishnoi Ravichandrn and Yuzvendra Chahal in the squad, it’s obvious which part of the bowling attack is likely to be more relied upon.

It’s dangerous to reduce the Asia Cup to an India-Pakistan face-off, even though it will be the most talked-about fixture of the tournament because of the emotions it generates on either side and the rarity of these occasions. Sri Lanka have been improving in recent times, while Bangladesh and Afghanistan are capable of upsets. But the two stars who won’t be there will dictate the narrative of the contest, till the first ball is bowled.

Chromecast With Google TV: Two Years Too Late, or Worth the Wait?
IND vs ZIM 3rd ODI Live Streaming: When and where to watch match live?