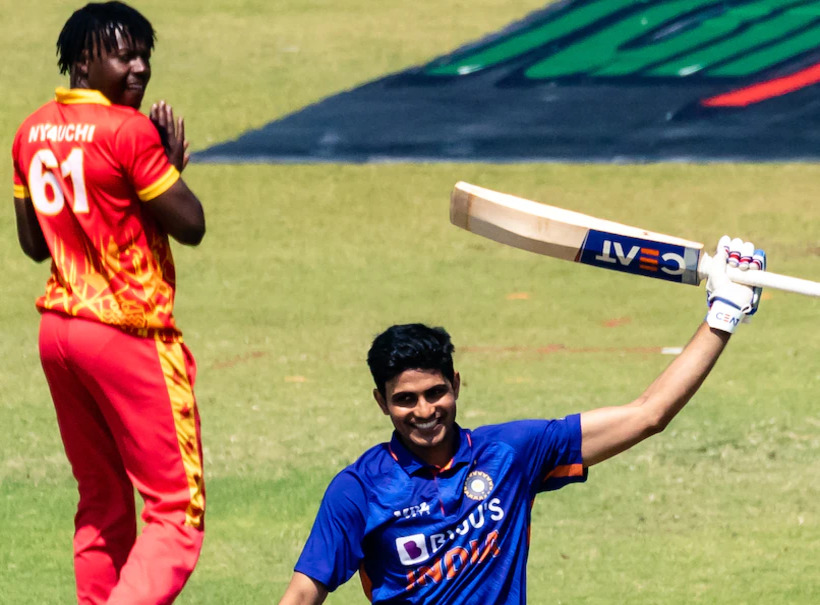 Shubman Gill finally ended a long wait for his first international ton when he reached the triple figure mark off just 82 balls against Zimbabwe in the third ODI in Harare on Monday. The talented opener, who will turn 23 next week, had scored seven 50-plus scores in the 11 Tests and eight ODIs since making his international debut in January, 2019. However, despite reaching the 90s on a couple of occasions the century eluded Gill. But, on Monday, Gill ensured that he gets to raise his bat for the first international ton.

Throughout the innings, Gill showed control as he mostly relied on fours to pace his innings well. He hit only one six and yet took less that 85 balls to reach the century. After the ton, Gill reacted in a special way. He ultimately got out for 130 (15x4s, 1x6s).

Earlier, India captain KL Rahul won the toss and elected to bat against Zimbabwe in the third and final ODI. India made two changes, bringing in Deepak Chahar and Avesh Khan in place of Mohammed Siraj and Prasidh Krishna. Zimbabwe brought in Richard Ngarava and Tony Munyonga, replacing Tanaka Chivanga and Wessly Medhevere.

India are leading the series 2-0.