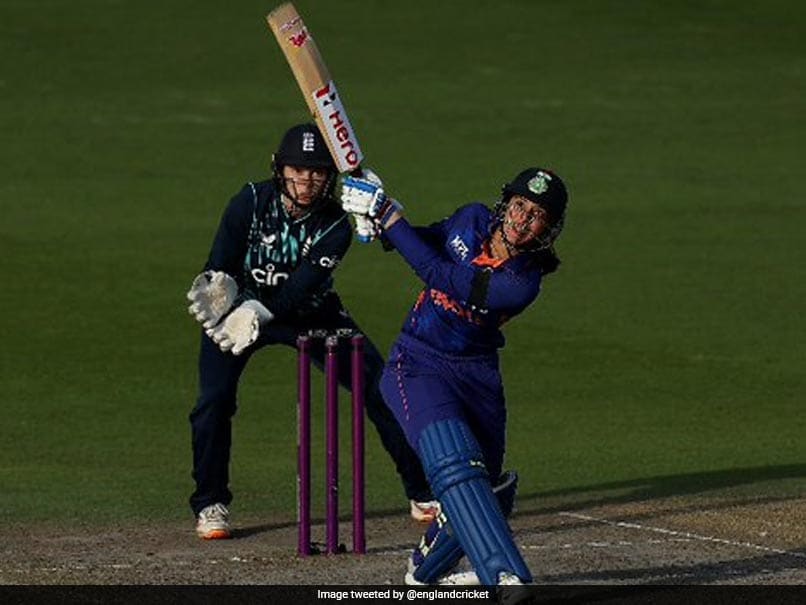 Smriti Mandhana is now placed third in the overall list, behind two Australian stalwarts Belinda Clark (62) and Meg Lanning (64).Indian women’s cricket team’s batting talisman Smriti Mandhana has another feather in her cap. The stylish left-handed opening batter became the third Indian woman to reach the landmark of 3000 runs in ODI cricket while batting in the second ODI against England on Wednesday.

Mandhana, who had scored a match-winning 91 in the first game of the series, emulated the likes of Mithali Raj and current India captain Harmanpreet Kaur.

She reached the landmark in her 76th innings and thus became the fastest Indian to the mark, beating Mithali’s record of 88 innings by a good margin.

Mandhana has been India’s most prolific batter across all formats for the past few years, eclipsing greats like Mithali and Harmanpreet.

Her opening partnership with the young Shafali Verma has often propelled India to big scores.

Mandhana was an integral part of the team that finished runner-up in the 2017 ICC Women’s World Cup, 2020 ICC Women’s T20 World Cup and won the silver medal in the 2022 Commonwealth Games in Birmingham.