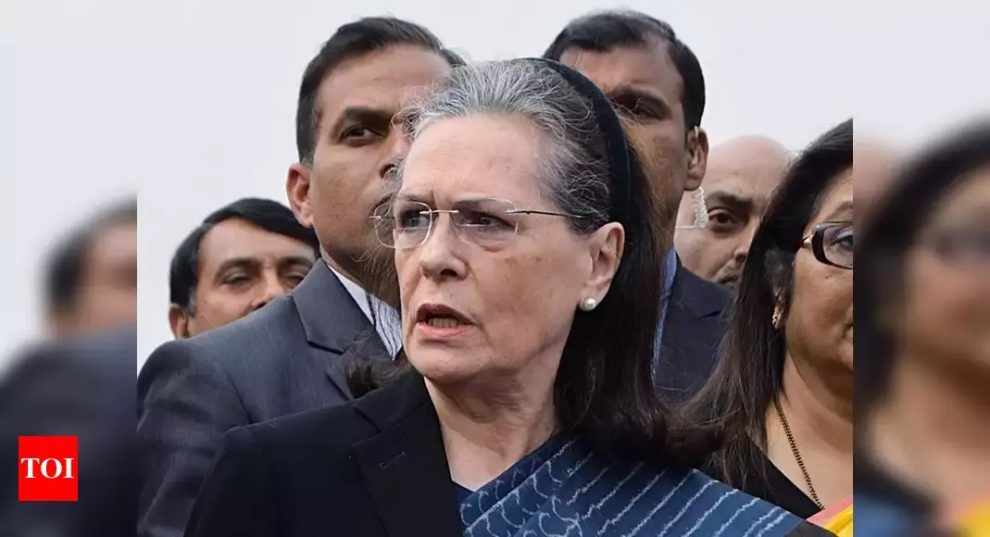 NEW DELHI: Congress president Sonia Gandhi has written to Prime Minister Narendra Modi, saying that the nationwide lockdown to contain the spread of coronavirus is beginning to have a detrimental effect on the people forced to walk long distances to reach their homes and those stuck in hotels and guest houses and sought relief measures for them.
She said that a national advisory should be issued to assist those trapped in transit with availability of one-time state transport services. Sonia Gandhi said the district collectors should be asked to come to the assistance of those, who cannot now afford to stay in hotels and lodges.
In the letter written on Friday, Sonia Gandhi said that she wanted to draw Prime Minister Modi’s urgent attention on the impact of nationwide lockdown on poor, who are currently stranded in transit towards their homes.
She said lakhs of migrant workers were being forced to walk hundreds of miles as there is no public transport available and several others were stuck in guest houses or hotels and have run out of money to pay their costs.
“The lockdown is beginning to have a detrimental effect on such fellow citizens. It is my earnest appeal that a national advisory is issued to assist those who are trapped in transit,” she said.
Sonia said that one-time state transport services be made available to those who are walking to their home towns or villages.
She said district collectors should be asked to extend all possible assistance to those who can no longer afford to stay in lodges and guest houses.
“The citizens of the country are making a tremendous sacrifice for a better tomorrow. Therefore, we must make all efforts to ensure that the purpose of the lockdown is not defeated by making the most vulnerable bear its cost,” she said.
A countrywide lockdown was enforced from Tuesday midnight to prevent the spread of coronavirus, which has infected 724 people in India so far.

Kendriya Vidyalayas will promote all students of classes 1 to 8: Officials

J& K And Ladakh are now 2 Union Territories From Today, Know What Has Changed