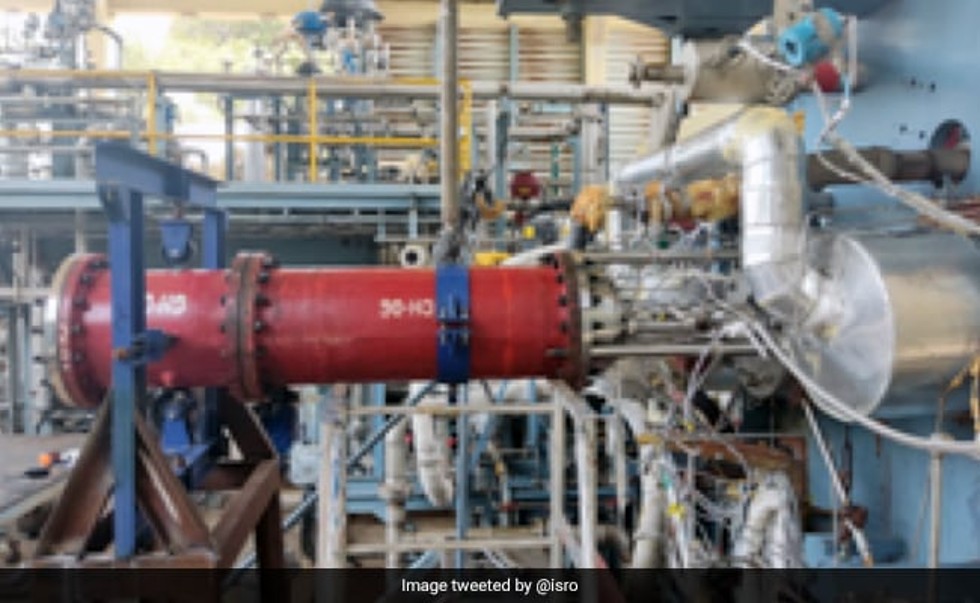 Bengaluru: The Indian Space Research Organisation (ISRO) has successfully tested a hybrid motor, potentially paving the way for a new propulsion system for the forthcoming launch vehicles.
The 30 kN hybrid motor tested at ISRO Propulsion Complex (IPRC) at Mahendragiri in Tamil Nadu on Tuesday is scalable and stackable, the Bengaluru-headquartered space agency said.

The motor used Hydroxyl-terminated polybutadiene (HTPB) as fuel and liquid oxygen (LOX) as the oxidiser.

Unlike solid-solid or liquid-liquid combinations, a hybrid motor uses solid fuel and liquid oxidiser, it was noted.

“Today’s (Tuesday’s) test of a flight equivalent 30 kN hybrid motor demonstrated ignition and sustained combustion for the intended duration of 15 seconds. The motor performance was satisfactory”, an ISRO statement said.

The use of liquids facilitates throttling, and the control over the flow rate of LOX enables the re-start capability, it was explained.

While both HTPB and LOX are green, LOX is safer to handle, ISRO noted.

“The hybrid motor tested today (Tuesday) is scalable and stackable, potentially paving the way for a new propulsion system for the forthcoming launch vehicles”, it said.