Speeding Car Rams Brawling Men In UP. This Happened Next - Govt.in - Telling the truth- always! 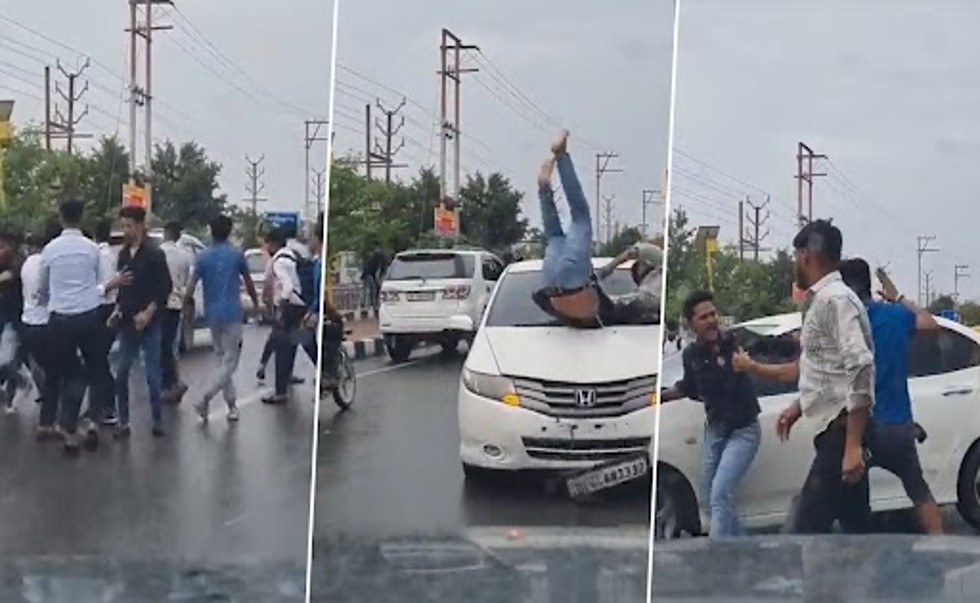 New Delhi: Two young men were thrown off their feet as a car hit them during a brawl in Ghaziabad yesterday. But the blows resumed as the college students got up, showed a video that has now gone viral.
Scores of students were seen during the brawl in the Masuri area allegedly to prove their dominance among themselves. They started running seeing the car speeding towards the crowd, but one of them confronted another as the vehicle hit them both from behind. The slipper of one of the students was flung off in the air.

That, however, didn’t stop the brawl but escalated it. One of the students hit by the car was seen being slapped repeatedly by another as he got up on his feet.

Moments later, the students dispersed seeing a policeman on the spot.

“There was a brawl among some college students in Masuri police station area during which a car hit some of them. Some of the students were taken into custody after a preliminary investigation. They are being questioned,” said the police in a statement.

The car seen in the viral video has also been seized, they informed, adding that strict action will be taken against those found guilty.

Realme Narzo 50i Prime Goes on Sale in India for the First Time Today: Price, Specifications, Offers
Youth dies by suicide after he was sexually harassed by minor boy in Gwalior