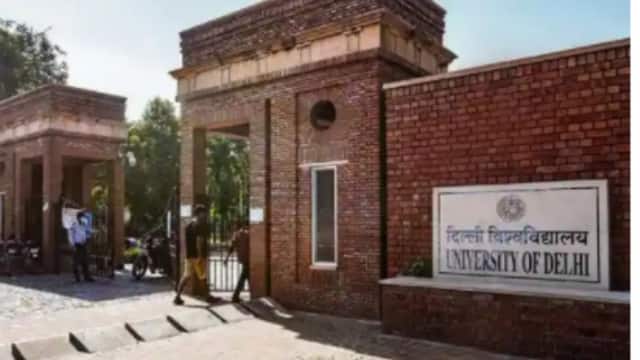 Delhi University (DU) : On The Wednesday said that St Stephen’s College will have to follow the rules laid down by the government for admission. It is to be known that a day earlier the governing body of the college had taken up this issue.

Delhi University (DU) on Wednesday said that St Stephen’s College will have to follow the rules laid down by the government for admission.It is to be known that a day ago the governing body of the college had decided to approach the apex court on the issue.On which the representatives of DU and the teachers of the college had disagreed.

Reacting to the decision of the governing body, a senior university official said that DU will not back down and defend its admission policy.Regarding the decision of the meeting of St. Stephen’s College, a member says that he also decided to request the Supreme Court to grant interim relief regarding admission of all categories of candidates through the interview process this year. Give.

However, DU Registrar Dr. Vikas Gupta says that the college will have to follow the admission process prescribed by the government.There has been a conflict between the university and St Stephen’s College for several months over the admission policy.In the last few months, both have written several letters to each other on this difference.The college has said that it will give 85 percent weightage to CUET scores and 15 percent to physical interview for all categories of candidates.On the college’s refusal to do away with the interview for admission, the university said it stood by the decision to declare invalid all admissions made against the CUET guidelines.