States step in to help lakhs of stranded - Govt.in - Telling the truth- always! 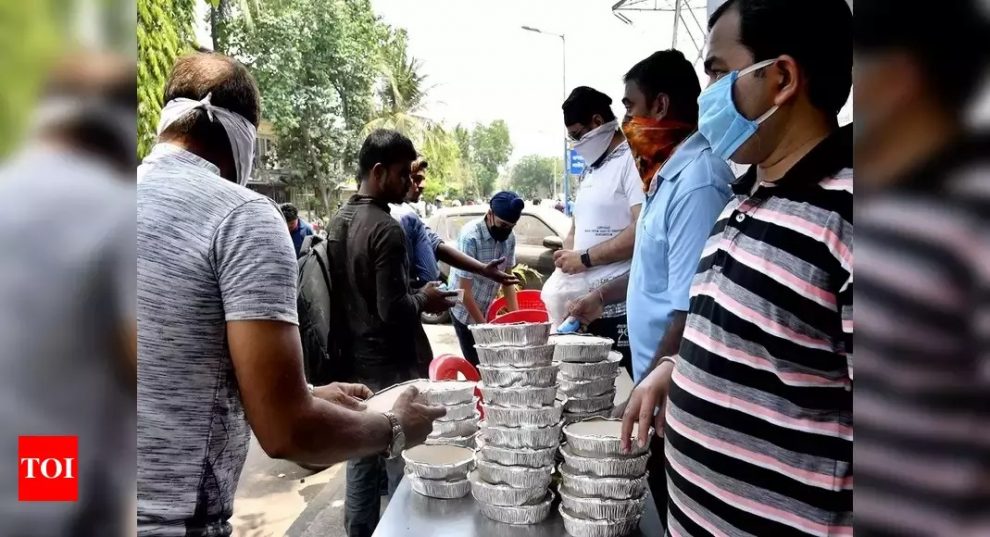 MUMBAI: Three days after Prime Minister Narendra Modi declared a 21-day lockdown to halt the spread of coronavirus, the Maha Vikas Aghadi government led by Uddhav Thackeray has provided food and shelter to an estimated one lakh people stranded across the state.
The lockdown announcement brought buses, trains and flights to a halt, leaving many stranded in the state, far away from home.
Thousands of poor migrant workers who could not get a toehold in the last jam-packed train home found themselves staring at starvation. Many of them had worked construction or laboured at industries for daily wages. They were left with little money and no shelter.
Konkan divisional commissioner Shivajirao Daund said preliminary reports indicated about 11,000 people were stranded at 67 locations in the seven districts of the coastal region of the state.
Palghar had 1,700 stranded people, Thane 2,000, Mumbai district 3,000, Mumbai suburban district 2,000, and Raigad 2,000. Ratnagiri and Sindhudurg had the remaining few hundred. “We will provide them dry ration or cooked food and temporary shelter. We will ensure every stranded person gets food and shelter. Officials of the revenue department are working at the grass-root level to locate stranded people,” Daund said.
Jalgaon collector Avinash Dhakne said besides employees of the revenue and other departments, he has roped in NGOs to provide food and shelter. “As of now, we have made arrangements for 5,000 stranded persons. Their arrangement has been made at mangal karyalayas (marriage halls) in the district. We are following social distancing norms. If more persons are located, we can make arrangements for them too,” Dhakne said.
Akola collector Jeetendra Papalkar said the district administration had made arrangements for 500 persons. “We have made arrangements in municipal schools. Cooked food is from local NGOs. All officials have been asked to ensure no stranded person remains without food and shelter,” Papalkar said.
A bureaucrat said the Centre had directed the state to make arrangements for the estimated one lakh stranded people. He said it would have been a difficult task if not for the response from NGOs. “All district collectors have been asked to find out the exact number of stranded persons, with their complete details, particularly the medical history,” he said.

11 desi firms rolling out body suits, masks for medics, public
Many states, many kinds of passes. What works?