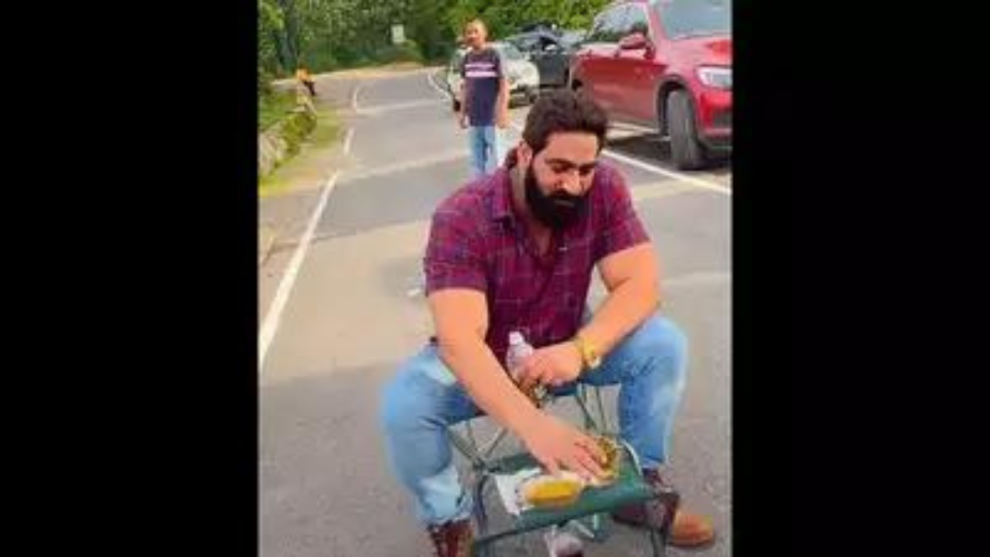 Dehradun News : A non-bailable warrant (NBW) has been issued against Gurugram-based body builder Bobby Kataria after he failed to appear before the police despite two notices in connection with a case registered against him for allegedly drinking liquor in the middle of the road in Dehradun last month by blocking the traffic.

RS Rawat, in charge at Cantt police station in Dehradun, said they issued two notices to Kataria to appear before the police but he didn’t show up. “We approached the court and secured NBW against him,” he said.

Rawat said a team of police officers will be sent to his address in Haryana to execute the arrest warrant.

Uttarakhand director general of police (DGP) Ashok Kumar had taken cognisance of his viral video and ordered the Dehradun senior superintendent of police to take strict action against him.

Subsequently, an FIR was registered against Kataria at Cantt police station in Dehradun under sections 342 (Wrongful confinement), 336 (rash and negligent act), 290 (public nuisance) and 510 (misconduct by drunken person) of the Indian Penal Code, and section 67 (publishing material online that tends to deprave and corrupt persons) of the Information Technology Act.

Kataria had uploaded the video on his Instagram profile, triggering widespread criticism from social media users who asked police to take strict action against him.

In the video, Kataria can be seen pouring himself a drink in the middle of the road by placing a table and chair.

According to police, Kataria came to Dehradun on July 23 and visited the area near Kimadi village on July 25 along with another man.

Police said Kataria obstructed the road to drink liquor in the middle of the road and rode a motorcycle rashly in a drunken state.

In a Facebook post on August 10, Kataria said he made the video for entertainment and doesn’t remember where he shot the video. “Soon….my lawyer Randhir Lal Sharma will submit a representation to the police on my behalf.”