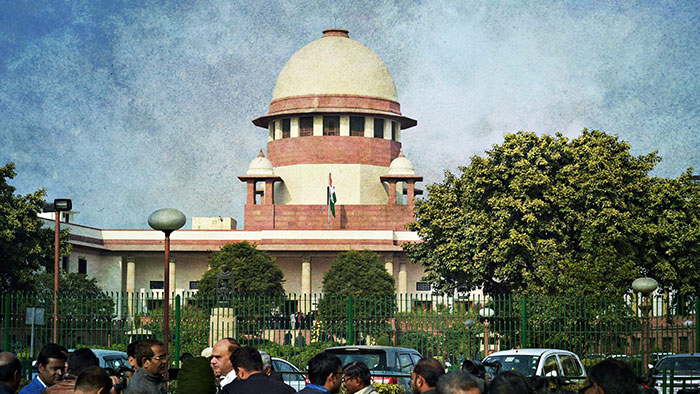 The top court of India rejected a petition filed by Gujarat Congress. The petition was in the context of separating the bypolls to Two Rajya Sabha seats belonged to BJP’s Amit Shah, and Smriti Irani got vacant as they won in Lok Sabha election. Since BJP’s victory, The Congress was constantly seeking a way to conduct an election for those two seats.

They had accused the election panel as biased by calling its decision “arbitrary and illegal.” The Congress leader Pareshbhai Dhanani filed the petition in Gujarat assembly. The Election Commission has fixed July 5 for the Rajya Sabha by-elections.

Withholding to intervene with the Election Commission’s order, the top court said that the petitioner could file an “election petition” after the result of polls. An election petition is a procedure to call into question the results of legislative, assembly or local elections.

The Congress argues that administering elections for the two Rajya Sabha seats specifically would be against the rules. The BJP has 100 legislators in the Gujarat assembly, and the Congress has 71.

Congress’s Abhishek Manu Singhvi had said that if the election to each seat is held on different days, the BJP will win both in the “first-past-the-post” system since it has 20 more legislators. “If the voting is held concurrently on the same day, the Congress can win one of the seats,” he added.

In response, the Election Commission said, “But these elections are never clubbed together.”
Lawmakers vote in Rajya Sabha elections in what is called ‘proportional representation’ with the single transferable vote system. Each legislator’s vote is counted only once. The lawmakers list their order of preference for each lawmaker. The candidate that is the first choice for more voters wins.

Amit Shah’s Rajya Sabha seat was declared vacant on May 28 after he won his first Lok Sabha election from Gandhinagar in Gujarat. After a day Smriti Irani’s seat was notified as vacant. She defeated Congress president Rahul Gandhi in his constituency Amethi in Uttar Pradesh.

Why so serious about “G-20 Summit? Twitterati got your back
RBI Deputy Governor Viral Acharya’s Resignation Wasn’t A Surprise: Market Officials