Talibani crime by Tablighi Jamaat, this is not negligence, its a criminal act: Mukhar Abbas Naqvi - Govt.in - Telling the truth- always! 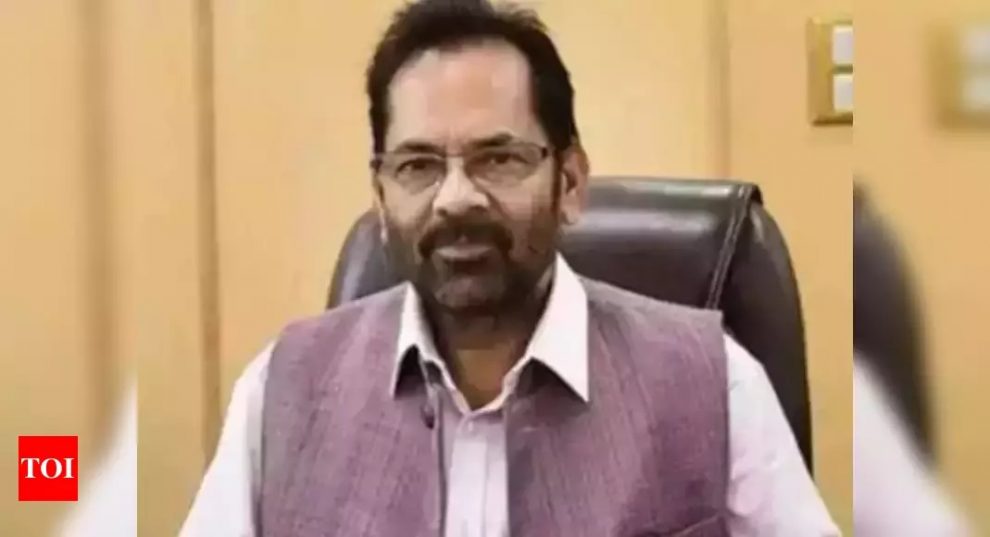 NEW DELHI: As Delhi based headquarters of Tablighi Jamaat in Nizamuddin in Delhi emerged as a hotspot of Coronavirus cases, Union minister for minority affairs Mukhar Abbas Naqvi said that the Jamaat’s decision to allow so many people to congregate and then stay in the premises was nothing short of a “criminal act” that is “unpardonable”.
“Talibani crime by Tablighi Jamaat. This is not negligence, it’s a serious criminal act. When the entire country is fighting united against Corona, such a “sin” is unpardonable,” Naqvi stated in a post on Twitter.
Elaborating on his concerns, Naqvi told TOI that in the current scenario when the whole world is struggling and fighting against Coronavirus, Tablighi Jamaat’s decision to allow so many people to congregate in one place and that too with a travel history from foreign countries was “unacceptable”.
“For me this is nothing short of Talibani crime and I say so because they have defied the rules as if the Tablighi Jamaat has its own law and went ahead with their programme. This has resulted in spread of infection among those who congregated,” Naqvi said pointing out that they should have taken a cue from Mecca and Madina where people are not being allowed to congregate for long now due to the Coronavirus.
Naqvi went on to point out that by allowing those who came from foreign countries to travel around, the Jamaat has threatened not just the safety of the community but also breached the security norms set out for precautions against Coronavirus.
“I also want to say that this whole issue should not be communalised at all. If you look at the fallout out the Tablighi Jamaat’s decision to allow the congregation has impacted and put in danger their own community who are concentrated in the surroundings of their headquarters in Nizamuddin. Those who attended the congregations are testing positive. Hence this issue is not about any specific community it is about defying the norms and putting everyone in society at risk,” Naqvi added.
When asked about the press statement of Tablighi Jamaat where the latter puts out its defence that those in the mosque were unable to leave Delhi due to Janata curfew and subsequent restrictions prior to the lock down and had reached out to the authorities later for help, Naqvi said, “These are mere excuses. In the first place, they should not have allowed the congregation at all.”

Covid-19: Hospital innovates device to multiply capacity of a ventilator
Testing key as Covid-19 unseen enemy but lockdown will help put systems in place: WHO envoy

Coronavirus: Can police arrest you for violating lockdown?