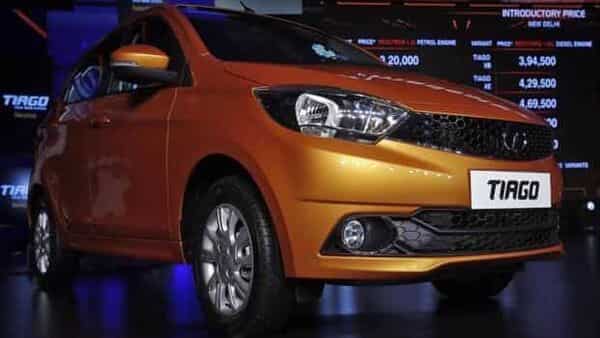 Tata Motors will launch India’s most affordable electric car on September 28. The Tata Tiago EV which would be the e;ectric avatar of Tata’s popular hatchback is coming as the third electric vehicle from the automaker. This electric hatchback will be a first in India after the market saw SUVs and sedans get green energy. Notably, the automaker has revealed several features of the upcoming Tiago EV ahead of the official introduction next week.

Tata Motors confirms that the upcoming Tata Tiago EV will come with fast charging capabilities. This car is likely to come equipped with the same 26kWh lithium-ion battery pack used for the Tigor EV.

In Tigor EV, the battery takes about an hour to recharge up to 80 per cent using a DC fast charger. Expectedly, the Tiago would offer a range of nearly 300 kms on a single charge with this battery pack. The automaker might also use the high energy density 21.5 kWh and 16.5 kWh battery pack options which are used in its commercial EV Tata XPres-T. The power output in case of Xpres-T is at 41 hp and with 105 Nm of torque.

Interestingly, Tata Motors has also confirmed that the Tigao EV will come equipped with connected car technology. The EV will have automaker’s ZConnect technology already in use in other EVs. It also supports smartwatch connectivity. Tata has also revealed that the Tiago EV will come with premium leatherette seats which are likely to be used for the upper trims.

Earlier, Tata had revealed that the upcoming EV will come with features such as cruise mode and the one pedal drive technology. The second feature will allow drivers to opt for strong regenerative braking which will preserve charge of the electric hatchback’s battery pack on the move. It is also expected to come with multi-mode regen functionality.

Tigo EV will become India’s only hatchback model to get an EV version besides the existing ICE and CNG versions. Earlier, Tata Motors launched the CNG version of the Tiago in January this year. The Tigor os the first model in India to get all three versions including an EV variant.