Team Hasn't Forgotten What I Have Done For Two Years: KL Rahul On Making A Comeback - Govt.in - Telling the truth- always! 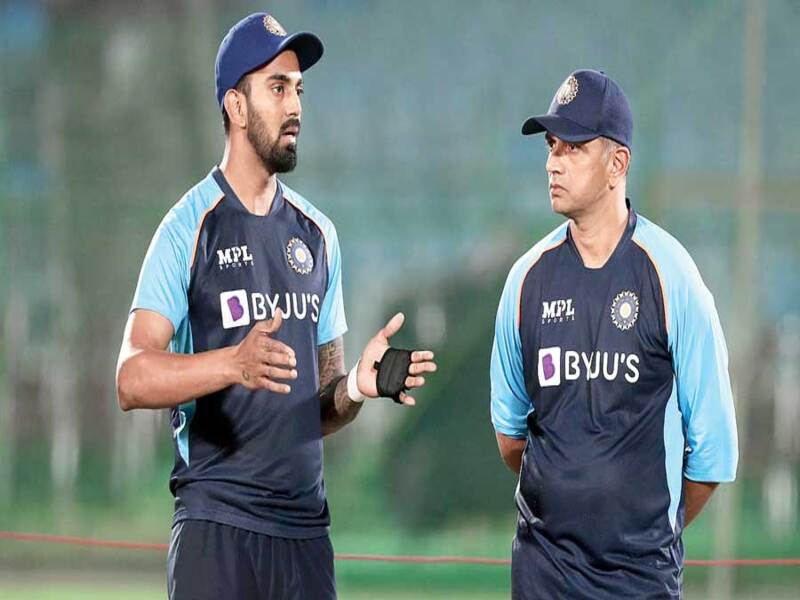 Injuries haven’t been kind to KL Rahul but as he got ready to lead India in one more series, he couldn’t thank the team management enough for remembering his contribution in last two years while he was out for last two months. “You might be out for two months but they haven’t forgotten what you have done for the team and the country in last two-three years. Players actually thrive in such environment,” the Indian captain said on the eve of the first ODI against Zimbabwe. He feels that the Indian team management has been able to create an environment which can bridge the gap during the transformation from a good to great player.

“It is this kind of environment that can help a player transform from being a good player to a great player, playing a lot more match-winning innings for his team,” said Rahul, who has a fantastic average of 46 plus and five hundreds, after 42 games.

“It is very important for a player to get the backing of selectors, coach and captain. It gives you so much confidence that your mindset is clear and you can focus on the things that are necessary. It becomes easy for player that your support group is backing you,” the stylish right-hander added.

Rahul has had his share of injuries and the latest was a surgery after being detected with sports hernia.

“Injuries are part of sport and that part hasn’t been too kind to me, but it’s part of the journey, and you got to take the good and the bad,” Rahul added.

He was missing from the national team dressing room for some time after being ruled out before the start of the T20I home series against South Africa in June.

“I have been out for two months, and just to get back to the dressing room and have that chat and laughter around the group, is great.”

“Never tried to be someone I am not”

Originality is very important, and Rahul believes that in his short tenure as leader, he has tried to be himself and let others in the team maintain their own individually.

“I can’t go out there and be someone else. Then I won’t be fair to myself, to the team, or to the game. I try and be myself and let the other players be themselves as they want,” Rahul said when asked if he had tried to follow the footsteps of the great MS Dhoni.

“I can’t even compare myself with these guys (MSD), their numbers and achievement are far greater in terms of what they have done for the country, and I don’t think any name could be taken in the same breath,” he reminded everyone.

“… And this is my second series as captain, and obviously, I have played under him and learnt a lot from him as player. As you have been playing for so many years, you will pick some good qualities from these guys.”

When you have a few players, who have played a lot and with some making comebacks from injuries, it becomes imperative that the skipper manages the pack well.

“Myself, Kuldeep and Deepak (Chahar), we were all at NCA (for rehab) and were all preparing for this series.

“So I know they have prepared well and they know what they need to do. For me, it’s about managing them and giving them that confidence, allow them to express themselves, and have that freedom to do what they want to do,” the skipper said.

Rahul understands that it’s a challenge he would relish as a skipper.

“It will be (challenging) for any leader as to how good you are in managing your players and bringing the best out of them.

“Everybody is in a different place in their careers, and few of us have come back from injuries, few have played a lot of cricket and how do you manage their bodies and how do you manage mindset and nervousness of guys who are coming after a long break, and those are challenges as a leader,” he accepted the issues that could be tricky.

Just like Kuldeep and Chahar are making comebacks, Prasidh Krishna, Avesh Khan and Mohammed Siraj have been part of ODI set-up for the last six months.

“Avesh, Siraj and Prasidh have been playing continuously since the start of IPL. It is about little bit of managing their bodies and little bit of strategies and sit and speak with them,” said Rahul while stressing that his job will be to marry the individual goals and plans with the collective team strategy.