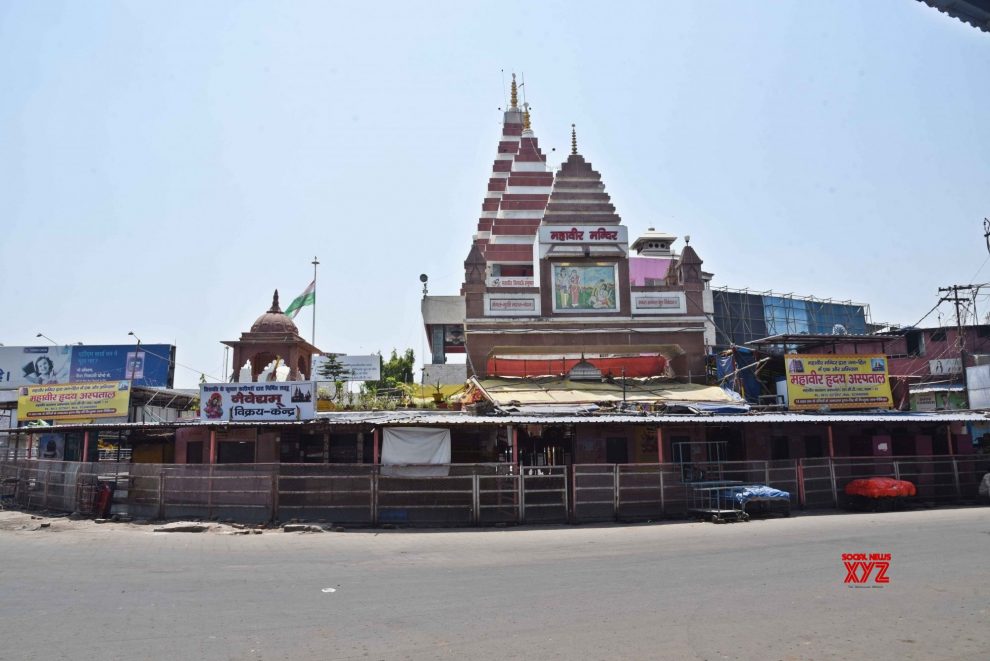 DEHRADUN/AGRA: Shivang Kaushik, a priest in Haridwar, often chooses to go hungry than stand in line for ration kits. “I was earning a dignified living until the lockdown bought all religious activities to a halt. Now there are no devotees in temples and no donations. It’s embarrassing for me to be seen standing in queues for food,” said Kaushik.
Like Kaushik, priests in twin cities of Haridwar, Rishikesh and other holy towns like Vrindavan and Mathura who depend on yajmaans for their income are in dire straits. Similar is the case with sellers of flowers and other puja items who run small establishments around temples. Ajay Mittal, who runs a shop at Kokilavan Shani temple in Mathura, told TOI that since temples have closed, thousands in the town who were engaged in making garlands, prasad, chandan tika etc have been rendered jobless.
Kalicharan, a garland seller in Mathura, is borrowing ration from a local shopkeeper to feed his family. “I have been selling garlands for deities at Kali Devi Mandir in Sadar Bazar for over two decades and make about Rs 7,000 per month, but I have not earned anything for two months. What is being done for people like me?” asked the 55-year-old.
The biggest worry for those whose income is linked to religious tourism is that there is no clarity on when the ban on such gatherings will be lifted. “They are opening industries, even salons, but no one is thinking of us,” said a priest at a temple in Agra.
Dharmesh Joshi, a temple priest from Rishikesh told TOI, that lockdown has left many in his community starving or surviving on borrowed money and donated food. “We have never seen a time like this. There is no money to even pay cleaning staff for maintenance of temples.”
Tanmay Vashishtha, general secretary of Shri Ganga Sabha, Haridwar, said that at least 2,500 priests were registered with the body, but the number in the town is likely to be much higher. “We have been distributing dry ration kits to those we can,” said Vashishtha.

Devotees have stopped thronging temples since the lockdown and enforcing of social distancing norms
Pilgrims make up a large chunk of tourists that flock to ‘Dev Bhoomi’ Uttarakhand every year, especially during the summer months when popular Char Dham shrines in mountainous regions open to devotees. According to government records, the four shrines have approximately 5,000 priests who depend on the yatra season (May to November) for their income. The priests at Char Dham shrines have already sought support from the government.
Appeals for help have come from other quarters too. In Mathura, Mahant Acharya Ram Krishna Shastri of Prachin Sidh Sri Durga Devi Mandir, said priests survive on cash donations, clothes or grain for prayers and religious activities they conduct. “But we have no work right now and no idea how long this will continue,” he said.

Govt sets fare range for flights, 40% tickets to be sold below mid-point
Helped migrants most in party-run states, says Congress