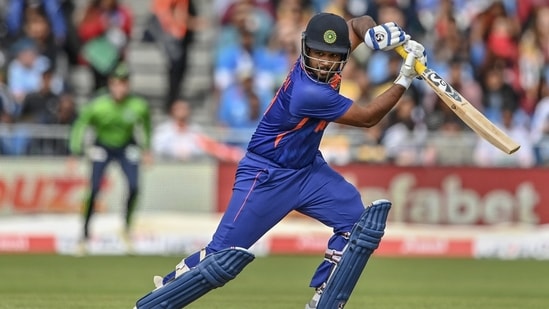 The Indian wicketkeeper-batter speaks in detail over not being selected in the 15-member squad for the T20 World Cup, scheduled to take place in Australia in October-November later this year.

Team India’s dynamic wicketkeeper-batter Sanju Samson was not included in the side’s 15-member squad for the 2022 T20 World Cup. Samson, 27, had been a part of the side since its return to international action following the Indian Premier League this year; however, he only had limited opportunities in the playing XI due to the emergence of Dinesh Karthik in his role, following the latter’s impressive performances in the IPL. In fact, Samson didn’t feature in any of the five T20Is against South Africa in June, and only played in one match of the two T20Is in Ireland.

Following the return of first-team stars in the T20Is against England, Samson didn’t make a single appearance in the three-match series.

‘Why is Umesh playing? If Chahar was fit to play… confusion to zaroor hai’: Ex-pacer’s blunt take on India selection

However, Samson remains undeterred with the T20 WC snub, as he realises that it is always a “challenge” to cement a place in the Indian XI. “It really does get challenging. Finding a place in the Indian team is really challenging. There is a lot of competition around, even within players who are in the team now. When these things happen, it is important to focus on myself,” Samson said, as quoted by PTI.

Since June earlier this year, Team India adopted a flexible approach in terms of selections, as well as the batting order. Samson played in three T20Is since the Team India’s return after IPL, playing in three different positions – he opened the innings in the T20I against Ireland, and played at fifth and fourth positions respectively in two matches against West Indies. The Kerala-born wicketkeeper-batter insists that he had worked around his game to ensure he remains flexible.

“Playing different roles is something I have worked on for a lot of years. I am confident of batting anywhere in the order,” said Samson.

“You should not fix a spot for yourself. You cannot tell people: ‘I am an opener or I am a finisher.’In the last three-four years, playing in various roles and spots (in the order) has added a new dimension to my game.

“I am happy with the way I am performing. I want to improve,” he added.

Samson is currently leading the India ‘A’ side as it takes on New Zealand ‘A’ in a three-match one-day series; all the games are being played at the MA Chidambaram Stadium in Chennai.

Amrita Hospital Faridabad to introduce a comprehensive Liver Clinic
‘Why is Umesh playing? If Chahar was fit to play… confusion to zaroor hai’