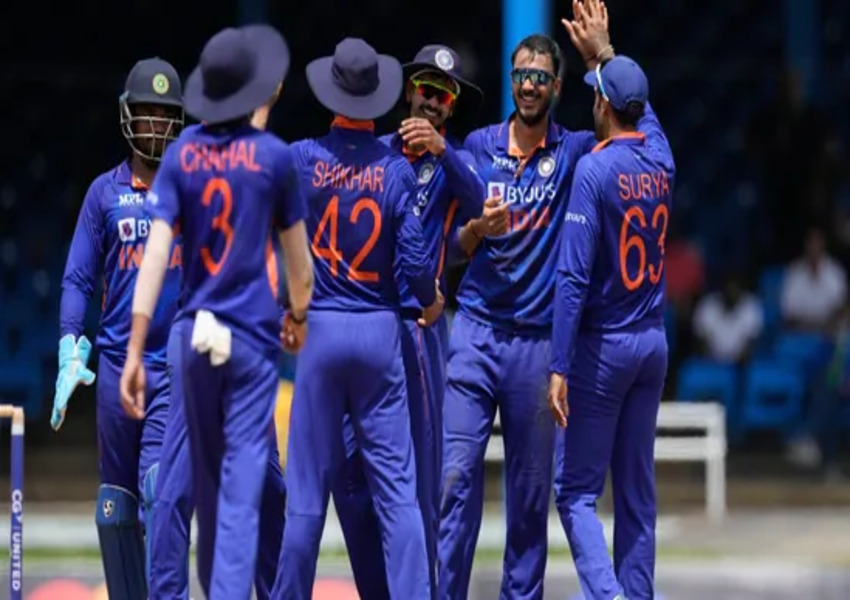 India will be aiming to seal the three-match series against Zimbabwe on Saturday when they take on the hosts in the second ODI in Harare. The KL Rahul -led Indian team had registered an emphatic 10-wicket victory over Zimbabwe in the first game, chasing down a 190-run target in 30.5 overs. With the ball, Deepak Chahar,  Axar Patel , and Prasidh Krishna picked three wickets each while Shubman Gill (82*) and Shikhar Dhawan (81*) steered India to a comprehensive win.

Over the past few months, the emergence of Axar Patel has provided India with a quality spin all-rounder in the absence of Ravindra Jadeja. The seasoned all-rounder has been rested for the ongoing series with Axar playing in his place; and the 28-year-old star has produced some brilliant performances for India with both, bat and ball.

Last month, Axar had famously steered India to an unlikely victory, scoring an unbeaten 64 off just 35 deliveries in the second ODI against West Indies to secure a two-wicket win for the visitors in Port of Spain. Former India cricketer Ajay Jadeja has now reflected on the comparisons between both players, and referred to the innings from Axar to convey that thriving in pressure situations has made the left-arm spinner a strong competitor to Ravindra Jadeja.

“He has added to the batting so much more in the last few years, you’d think he is quite ahead because he could bat. But with batting, what he did the other day was that he won a game for India. There’s a difference between scoring runs and bailing a team out and take the game all the way through and win a game. That adds pressure and it is great for Indian cricket,” Ajay Jadeja said on Sony SIX following the end of the 1st ODI.

The former India star also pointed out that the only place where Ravindra Jadeja holds an upper edge is his fielding skills.

“You have got two left-armers who bat left-handed. There’s no competition in the fielding standards, I give Axar credit! The only place where Jadeja is way ahead. Numbers, wickets, Jadeja has been around a lot more. At the moment, they are at par with each other. The only thing that really differentiates them is the fielding, he has got that little edge and the experience. Axar is on his back and it’s great for Indian cricket,” Jadeja further said.