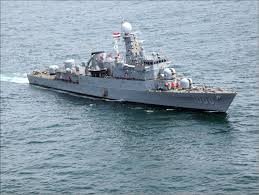 KOCHI: India has sent three naval ships to evacuate its citizens stranded in the Maldives and UAE due to the COVID-19 pandemic, a defence spokesperson said in the early hours on Tuesday.
INS Jalashwa deployed off Mumbai coast, along with INS Magar, were diverted for Maldives on Monday night, he said.
INS Shardul was diverted to Dubai to evacuate the expatriates, the spokesperson added.
The three ships will return to Kochi, he said.
INS Magar and INS Shardul are Southern Naval Command ships, while INS Jalashwa is from Eastern Naval Command.