'To be honest, Virat and I don't really...': Ben Stokes compares rivalry with Kohli to Djokovic vs Kyrgios - Govt.in - Telling the truth- always! 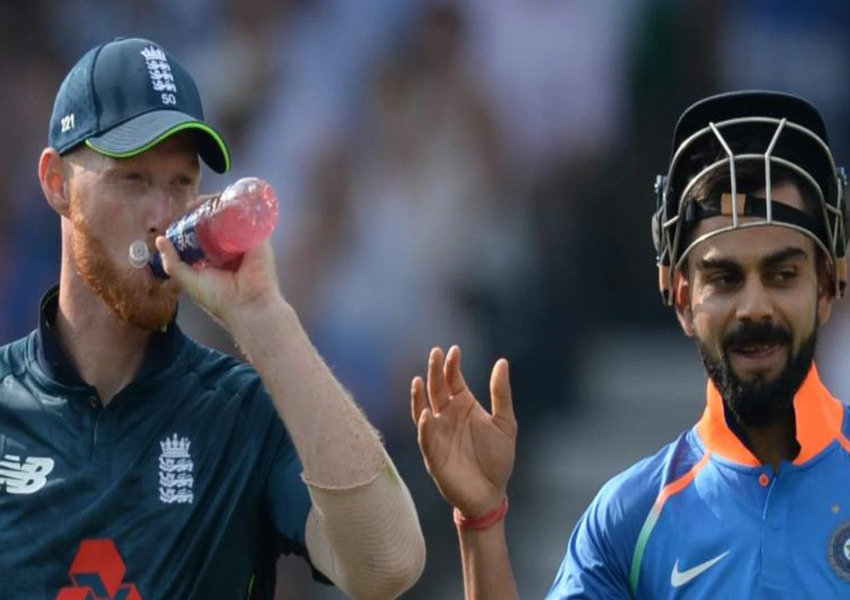 On the evening of July 18, Ben Stokes dropped a bombshell when he announced his retirement from ODI cricket. To say that the decision was a jolt out of the blue would be a blatant lie. Stokes had recently been appointed England’s Test captain, tasked with the responsibility of ushering the team into a new era, and although he was the shining star of England’s 2019 World Cup win, ending his ODI career at a meagre 104 matches won’t exactly fit in the criteria of the unexpected. Stokes had struggled to play all three formats when the pandemic began in 2020, after which he took an indefinite break from cricket. And with questions being raised over the future of ODIs, Stokes chose to focus on the Tests and T20 after deeming playing all three formats ‘unsustainable’ for him.

Still, Stokes’s announcement was big, one to send ripples in the cricketing world. However, merely hours later, one of the comments on his Instagram post, which happened to be from his contemporary Virat Kohli, made headlines of its own. Kohli and Stokes have shared a bitter-sweet rivalry over the years – the two cricketing superstars have had several goes at each other, but despite the run-ins, the heated exchanges, the verbal volleys, both have had respect for the other’s work and accomplishments. Hence, for the former India captain to have written ‘You’re the most competitive bloke I’ve ever played against. Respect’… as they say, ‘broke the internet’. The gesture, as expected, moved Stokes, enough for the England Test captain to reciprocate those thoughts and back an out-of-form Kohli to come good.

Kohli and Stokes have had contrasting careers, but the rivalry between them is one of the ages. The relation Kohli shares with Stokes is nothing like his bond with New Zealand skipper Kane Williamson, and comes nowhere close to his bromance with long-time pal AB de Villiers. During the rescheduled fifth Test between India and England, when Kohli was constantly at Jonny Bairstow’s ears, Stokes intervened and calmed things down, a part of which saw the him and Kohli put their arms around each other. What exactly is the bond between Kohli and Stokes like? Are they friends? Is it strictly professional?

“To be honest, Virat and I don’t really come across each other that much. We’ve played Test cricket against each other and in IPL. In the time that we have spent together, albeit very small, it’s fine. When you’re out on the field, it’s me against the opposition or it’s me against an individual. You’ve got to separate the two – the on-field competition and off it. It’s not a case of where we are little children and when if we do have a bit of a go at each other on the field, as soon as we are off it, it’s just back to two individuals who are in the same room together, and it’s fine,” Stokes told Hindustan Times ahead of the release of his documentary ‘Ben Stokes: Phoenix from the Ashes’, which launches on Prime Video on July 26.

West Indies’ fabled pace quartet vs Sunil Gavaskar, Glenn McGrath and Shane Warne vs Sachin Tendulkar, Wasim Akram vs Mark Waugh, Ian Botham vs Allan Border are some of the greatest cricketing rivalries that come to mind. Kohli vs Stokes may not be that well-documented but a cursory glance at certain numbers will prove that it has already carved a legacy of its own. Stokes has dismissed Kohli on nine occasions in international cricket getting the better of the former India captain six times in Tests (the joint-second most after James Anderson and Nathan Lyon) and thrice in ODIs, to go with one dismissal in IPL.

Having said that, don’t confuse Stokes’ wood over Kohli as a one-sided dominance. Kohli has been just as successful having scored 345 runs from 445 balls against almost at an average of 40. With Stokes’ ODI retirement, one chapter of their rivalry may have ended, but there are plenty more battles left to take place. To throw further light on his relationship with Kohli, Stokes cited the example of another unique rivalry outside of cricket, which perfectly sums up their equation.

“Look, sport produces amazing contests not only between teams but you also have those battles and contests between individuals. But at the end of the day, there is always respect between oppositions, between individuals, and it’s just in our sports. Just an example – you look at Djokovic and Nick Kyrgios. They have obviously had a huge rivalry but still at the end of the day, there is always that respect there between the two professional athletes. That’s the same for us and through sports. You are always going to have a battle and trying your hardest to win a game. But when it comes to the end of it, there is always that respect and that’s what great sport. One sportsman respects the other,” mentioned Stokes.

The upcoming documentary captures Stokes’ most personal and challenging moments, including the final visit to see his terminally ill father and his struggles with mental health. From getting arrested for punching two men in the night and bowling that unforgettable final over to Carlos Brathwaite in the final of the 2016 T20 World Cup, to giving England its long-awaited World Cup glory and recently being appointed as Test captain, the title of Stokes’ documentary is apt.

“The title is self-explanatory. Means a lot to me. I guess the reason behind it is when you look at it, especially my personal life and cricket life has been about ‘how can you come out of things like – not letting some moments define you and as you move forward. When you come down, how are you going to get back out there, out of the problem. That’s what a phoenix represents and it’s pretty powerful to me,” pointed out Stokes.