'Today he tried to kill me': Shraddha's complaint letter of 2020 against Aaftab - Govt.in - Telling the truth- always! 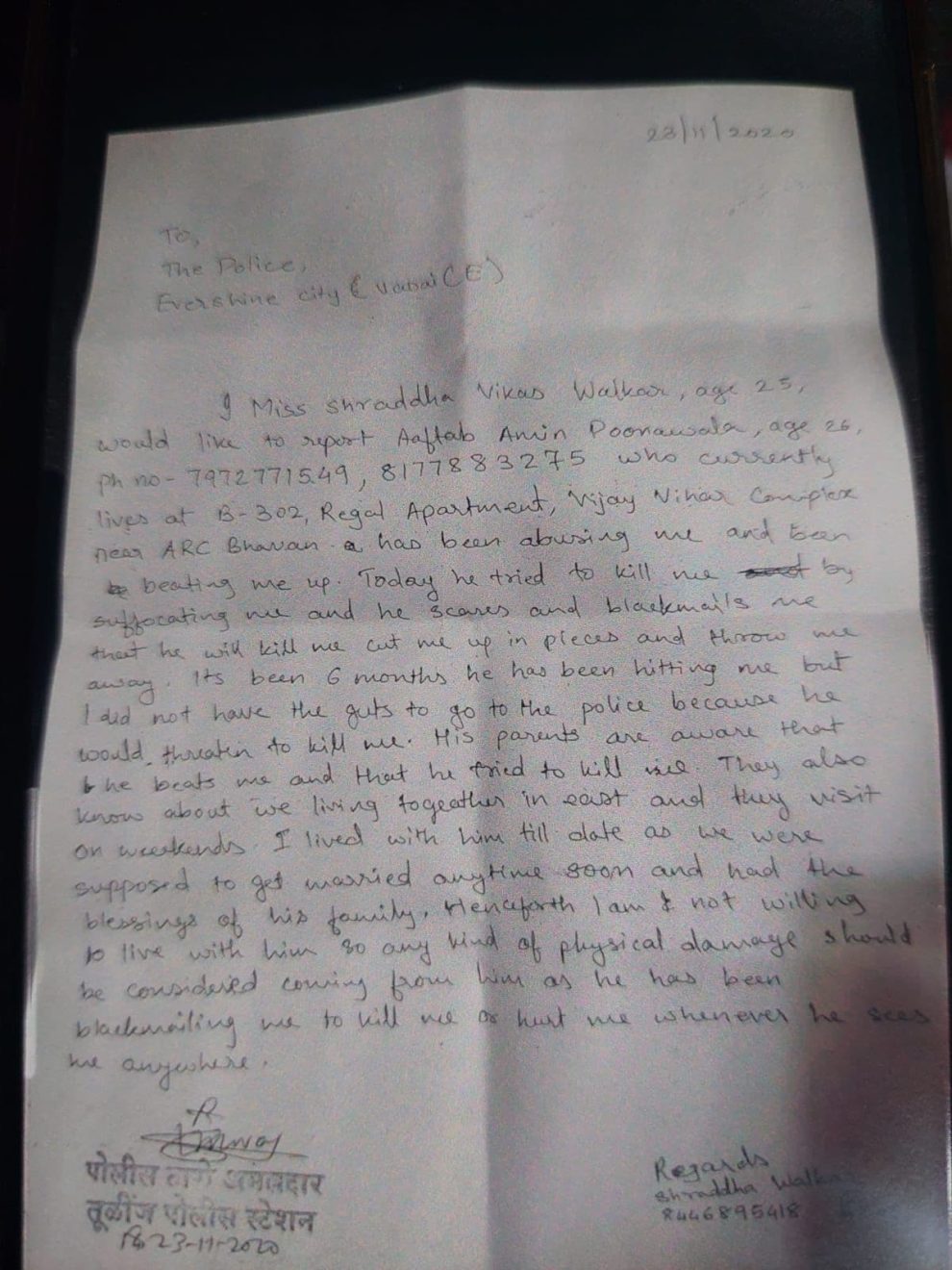 A 2020 complaint filed by Shraddha Walkar against Aaftab Amin Poonawala has now come to the fore in which Shraddha described how Aaftab threatened him — ‘cut me up in pieces and throw me away’ – — the way Shraddha Walkar was actually murdered on May 18 this year.

“Today he tried to kill me by suffocating me and he scares me and blackmails me that he will kill me, cut me up in pieces and throw me away,” Shraddha wrote in the letter. “It’s been 6 months he has been hitting me but I did not have the guts to go to the police because he would threaten to kill me,” the letter reads.

The complaint was submitted to the Vasai police on November 23, 2020 — exactly two years ago. Shraddha mentioned the involvement of Aaftab’s family as she wrote they were aware that Aaftab used to hit her. “His parents are aware that he bears me and that he tried to kill me. They also know about we living together is east and they visit on weekends. I lived with him till date as we were supposed to get married anytime soon and had the blessings of his family,” Shraddha wrote.

“Henceforth I am not willing tp live with him. So any kind of physical damage should be considered coming from him as he has been blackmailing me to kill me or hurt me whenever he sees me anywhere,” the letter read.