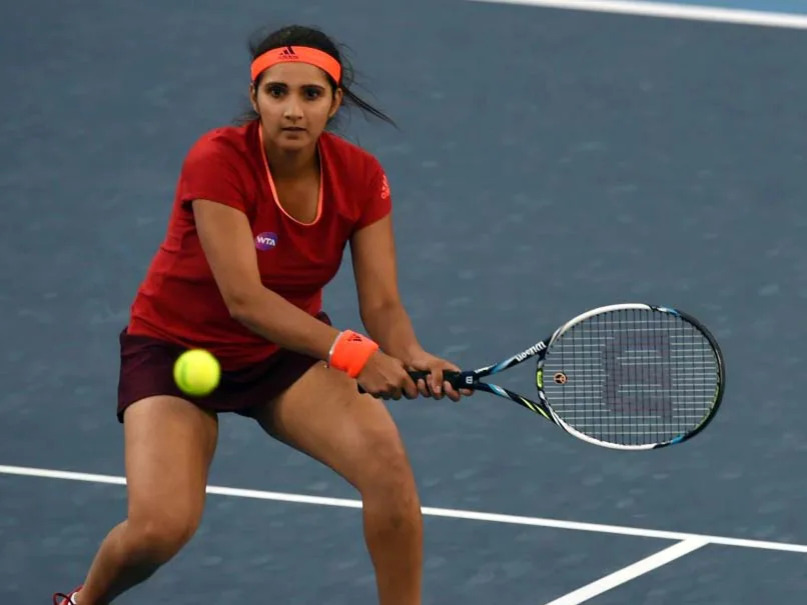 For Sania Mirza, a swansong at the US Open, in what was supposed to be the last Grand Slam tournament of her career, has been prevented due to injury. The 35-year-old announced on Tuesday that she will not be travelling to Flushing Meadows after tearing a tendon in her elbow.

Mirza had announced at the start of the year that the 2022 season will be her last on tour, but in announcing her withdrawal from the US Open, she revealed that her retirement plans may change. Her father, Imran, has said that she will need a few weeks to recover from the injury before she makes a decision on her retirement.

“It’s too early to think of future plans,” Imran told The Indian Express. “But for now, she has been diagnosed with a tear in the muscle attachment in the right forearm and advised three weeks of complete rest. She injured herself in the quarterfinals in Toronto.” Mirza reached the semifinals of the Canada Masters alongside Madison Keys, and even played in Cincinnati the following week before the severity of her injury came to light.

The six-time Grand Slam champion has impressed in her final season. Partnering Czech Republic’s Lucie Hradecka for much of the year, she has had some impressive showings, most notably reaching the final on the clay courts of Charleston and Strasbourg. At 23rd in the world, Rohan Bopanna (19th) is the only Indian to be ranked higher than her on the professional circuit.

In July, Mirza was a whisker away from reaching the mixed doubles final at Wimbledon – the only Major she has never won – alongside Croatia’s Mate Pavic. The duo was a set and a break up in the semifinal, before bowing out to eventual champions Neal Skupski and Desirae Krawczyk.

Following the loss, Imran had told The Indian Express that qualifying for the year-end WTA Finals was the big goal for his daughter’s final season. She remains the only Indian to have won the year-end Championships – having done so in 2014 alongside Clara Black and in 2015 alongside Martina Hingis.

Hradecka and Mirza are currently running 10th in the race to the Finals, where eight of the year’s best pairings clash. Imran, however, conceded that qualification is unlikely now. But the door for her to play her final Major next year remains open. “She won’t be able to qualify for the year-end Championship Finals as she will miss the US Open and San Diego tournaments. We will decide about future plans only after she recovers from the injury,” he said.

The injury will mean that Mirza is unlikely to play the WTA 250 event in Chennai which starts on September 12, but the Tamil Nadu Tennis Association (TNTA) is planning to invite her for a felicitation ceremony.