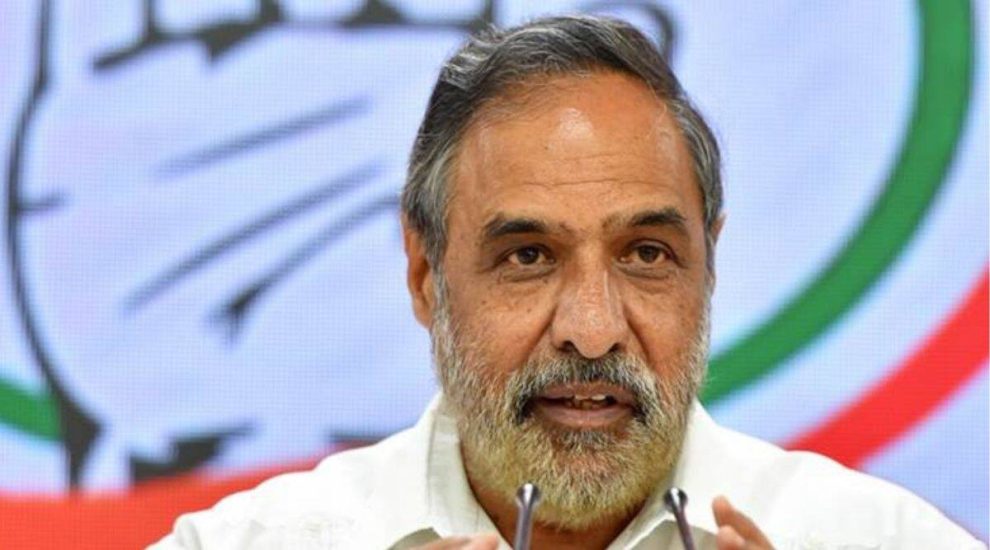 In his letter to Sonia Gandhi, Anand Sharma also spoke about the “multiplicity of committees” and “overlapping of functions”, leaving no clarity for specific roles.With less than four months to go for the Himachal Pradesh Assembly elections, the Congress finds itself battling a serious internal crisis as senior central leader Anand Sharma on Sunday resigned as chairman of the party’s 10-member steering committee for the polls, citing “continuous insults”.

In his letter to Sonia Gandhi, Sharma also spoke about the “multiplicity of committees” and “overlapping of functions”, leaving no clarity for specific roles.Sharma’s resignation has cast the spotlight on a problem that has long plagued the party in the state – multiple leaderships and a confusing hierarchy.

The faction-ridden state unit of the party has traditionally been divided into two broad camps – of the late former CM Virbhadra Singh and that of Anand Sharma. Though Sharma never fought an election from the state, he called the shots from Delhi and has played a key role in past elections, including in ticket distribution.

While Himachal Pradesh Congress Committee chief Pratibha Singh (wife of the late Virbhadra Singh) and CLP leader Mukesh Agnihotri have been talking of the party putting up a “united fight”, sources say Sharma and those seen as being in his camp, including former HPCC chief Sukhvinder Singh Sukhu and senior leader Kaul Singh Thakur, had increasingly been feeling sidelined.

In April, Sharma had been appointed as chairman of the 10-member steering committee for Himachal Pradesh. His appointment was part of a package of poll committees — and the announcement of Pratibha Singh as the new state Congress president — announced by the high command.

The high command later appointed Chhattisgarh Chief Minister Bhupesh Baghel as senior observer for Himachal Pradesh with Punjab Leader of the Opposition Partap Singh Bajwa and Rajasthan leader Sachin Pilot as his observers assisting him. Sharma’s grouse is that Baghel and the observers have been holding meetings in Delhi and Shimla without inviting Sharma.

Sources say that “miscommunication” was the primary reason behind Sharma’s resignation. They say he found himself dealing with conflicting inputs on election strategies, manifesto and ticket distribution.

On Monday, state BJP president Suresh Kashyap said Sharma’s resignation is a sign of an unravelling Congress and said many other leaders in the state unit were feeling “suffocated” and would soon follow suit.

“It is clear that Anand Sharma has taken this step due to the insult he had faced in the Congress party. Many Congress leaders are feeling suffocated in the party and are either leaving the party or resigning from important posts,” Kashyap said.

The ruling BJP has 43 seats in the state Assembly while the Congress has 22, including the three seats that it won in the November 2021 bypolls.

Last week, president of the working committee and an important OBC leader, Pawan Kajal, joined the BJP along with two-time MLA Lakhwinder Rana. Both leaders had been unhappy with the party’s functioning and had rifts with senior members.

The Congress, however, put up a brave face, with spokesperson Naresh Chouhan saying, “Anand Sharma is an important leader for the party; his support is crucial. The issue is being addressed and in the coming days, there will likely be a resolution. The sooner it happens, it will be better for the party.”