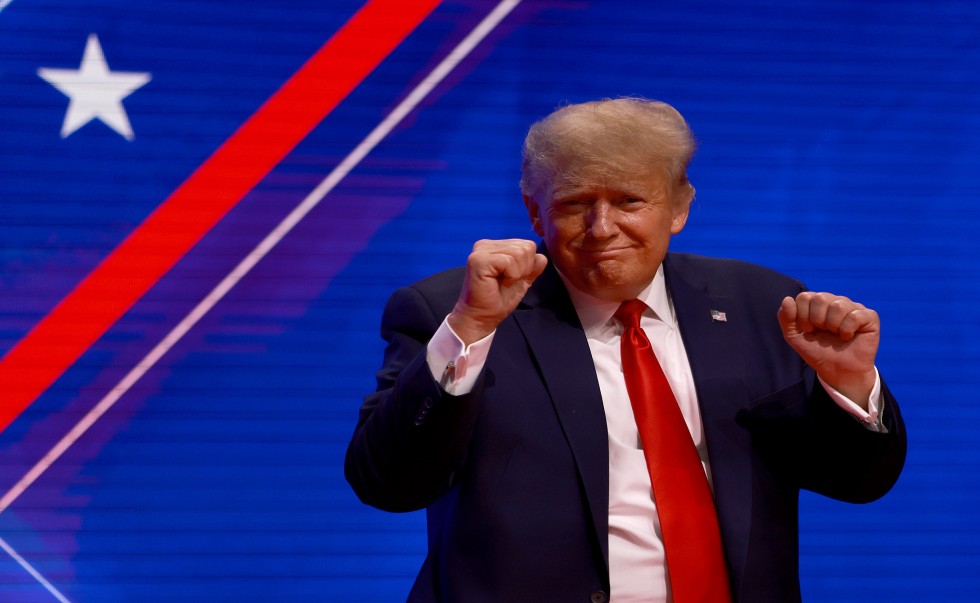 Former President Donald Trump once personified New York’s wealth, power and brash ambition. With Manhattan skyscrapers bearing his name in big gold letters, he symbolized the success that could be achieved in his hometown.
Now, if the state attorney general has her way, he will never be able to do business in New York again.

That’s among the penalties New York Attorney General Letitia James is seeking in the sweeping suit she filed Wednesday accusing him of inflating his asset values by billions of dollars to obtain favorable loan terms and other financial benefits. She is also seeking to permanently ban his three oldest children — Donald Trump Jr., Ivanka Trump and Eric Trump — from running any New York corporation, potentially denying him a business legacy in the state.

In her press conference announcing the charges, James suggested that at least some of Trump’s wealth and success were myths all along.

“Donald Trump falsely inflated his net worth by billions of dollars to unjustly enrich himself and to cheat the system, thereby cheating all of us,” James said. She noted that he stated that his Trump Tower penthouse was three times its actual size and boosted the value of his Mar-a-Lago estate in Florida to $739 million by falsely claiming it was an unrestricted property that could be developed.

According to James, Trump and his company, the Trump Organization, engaged in such practices from 2011 to 2021 in order to get better loan terms, cheaper insurance, lower tax bills and other “incredible financial benefits.” She is asking Trump and the other defendants to disgorge $250 million she claims they illegally obtained.

James’s suit comes as Trump is already facing federal criminal probes of his handling of classified documents that FBI agents recovered from his Florida Mar-a-Lago home as well as his actions around the Jan. 6 assault on the Capitol. Unlike those investigations though, hers focused on his conduct in business, which catapulted him to fame and paved his way to the White House.

Trump told Sean Hannity in a Fox News interview broadcast Wednesday night that he didn’t think James would sue him because “they had no case.”

Earlier Wednesday, Trump said on his social media site, Truth Social, that the lawsuit was “another witch hunt” by James, who he said “is spending all of her time fighting for very powerful and well represented banks and insurance companies, who were fully paid, made a lot of money, and never had a complaint about me, instead of fighting murder and violent crime, which is killing New York State.”

Alan Futerfas, a lawyer for the Trump Organization, didn’t return an email seeking comment about James’s suit. Alina Habba, a lawyer for Trump, said in a statement that James’s office had “exceeded its statutory authority by prying into transactions where absolutely no wrongdoing has taken place.”

Trump has long argued that the New York civil and criminal investigations were politically motivated. Like most elected officials in the state, James and Bragg are both Democrats, but they have denied any bias in their investigations.

Politics has increasingly estranged Queens-born Trump from his deep-blue home state. He lost New York by more than 20 percentage points in both 2016 and 2020. In Manhattan, he won just 12% of the votes.

Trump changed his residency to Florida in 2019 and headed there after leaving the White House. His political future clearly lies with his millions of devoted supporters in red and purple states. It remains to be seen how his legal troubles will affect Trump politically as he teases another run for president in 2024, but a recent NBC News poll showed that his approval rating has dipped since the FBI search at Mar-a-Lago.

But many of his most important assets remain in New York, including Trump Tower, 40 Wall Street in Lower Manhattan, a large Westchester County estate and several Trump-branded residential buildings.

In addition to banning Trump and his children from serving as corporate officers and directors in New York, James is seeking cancellation of corporate certificates held by any company controlled by Trump that benefited from the alleged scheme. That would effectively prevent any of those companies from doing business in New York, she said.

The Trump Organization is already facing a criminal tax-fraud trial next month. The company’s longtime Chief Financial Officer Allen Weisselberg, who pleaded guilty to similar charges in August, agreed to testify for the prosecution as part of a deal with Manhattan District Attorney Alvin Bragg.

Weisselberg and other top Trump Organization executives were also named in James’s Wednesday suit, and she is seeking a ban on him serving as a company officer. Nicholas Gravante, a lawyer for Weisselberg, declined to comment on James’s lawsuit

James said she started the probe after Trump’s longtime lawyer and fixer Michael Cohen, who has since become a fierce critic of his ex-boss, testified to Congress in 2019 that the Trump Organization regularly manipulated asset valuations to get favorable loans or tax benefits. Her office reviewed hundreds of thousands of Trump Organization records and interviewed numerous employees and lawyers involved in the company’s asset valuations to build her case.

She also managed to depose Trump in August, though he promptly asserted his Fifth Amendment right against self-incrimination and didn’t answer any questions other than to confirm his name.

His pleading the Fifth could be risky. Since James’s case is civil rather than criminal, jurors would be allow to draw a negative inference about Trump’s refusal to testify. She also has other advantages in bringing a civil case.

“In a civil case, she needs to prove her case only by a preponderance of the evidence, not beyond a reasonable doubt,” said former federal prosecutor Barbara McQuade. “That lower legal standard makes it more difficult to wiggle out of responsibility by claiming ignorance as a defense.”

The case could potentially spawn new criminal charges though. James said Wednesday she believed her investigation had uncovered federal criminal liability and had referred the matter to Manhattan federal prosecutors and the Internal Revenue Service.

The Manhattan US attorney’s office declined to comment, and the IRS said it doesn’t confirm the existence of investigations until after documents appear on court dockets.

Sarah Krissoff, a former Manhattan federal prosecutor now in private practice, said James likely made a strong referral, based on her filings.

“The complaint is just an incredibly detailed road map of this alleged fraud,” said Krissoff. “Looking at it from the viewpoint of a prosecutor, it looks like they’ve done the work they need to do here, very methodically, to build this case.”

Would be better…: Ukraine’s tongue in cheek jibe at Russia on flight search rise
Amazon Alexa Saves Family Of Six In Maryland, Alerts Them To House Fire