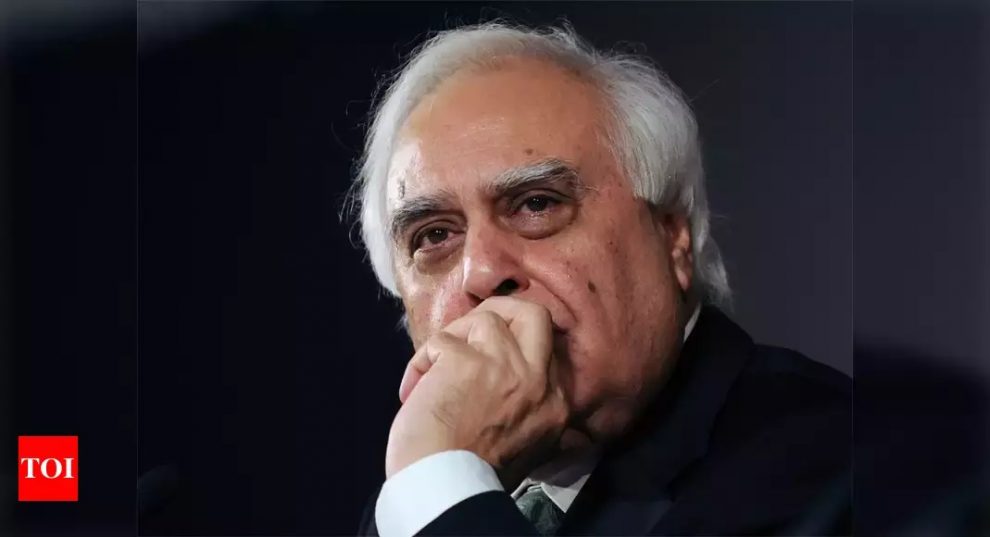 NEW DELHI: Senior Congress leader Kapil Sibal on Wednesday took a dig at the government, saying there were two India’s with one at home doing yoga, watching Ramayan and playing antakshari, and the other trying to reach home and fighting for survival.
A large number of migrant labourers have been leaving their work places in parts of the country and walking down to their native places, hundreds of kilometres away, due to the lockdown imposed to curb the COVID-19 outbreak.
“Two India’s. One (at home) doing yoga, watching Ramayana, playing Antakshari. The other (trying to reach home). Fighting for survival without food, without shelter, without support,” Sibal said in a tweet.

Sibal’s attack was in reference to Prime Minister Narendra Modi sharing a video of a yoga asan which he practices, Information and Broadcasting Minister Prakash Javadekar announcing the rerun of Ramayan and Mahabharat recently and Union minister Smriti Irani playing ‘Twitter Antakshari’ during the ‘Janata Curfew’.

J&K new domicile rule: Person who lives in UT for 15 years is eligible
PM pays tributes to spiritual leader on his birth anniversary