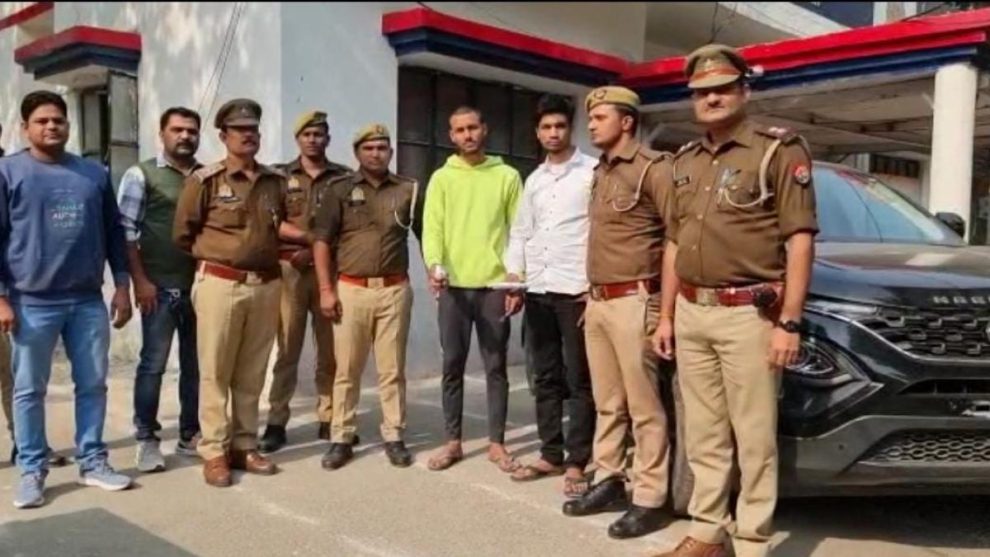 The Noida police held two out of three miscreants for looting a car after putting chili powder in the eyes of the driver almost two months ago. The miscreants robbed the Tata Harrier car and took valuable items from the car.

The victim filed a complaint on September 23 and revealed that three men posed as passengers and looted his car after putting chili powder in his eyes.
While the complaint was filed in South Delhi, it was transferred to the Noida Police Station Sector 20 after the miscreants were spotted in Noida’s Kulesara area.

Talking about the incident, Additional DCP Saad Miyan said that they conducted extensive combing in the area and managed to nab the accused.

They also recovered stolen items and pistols from their possession. While two accused have been arrested, one is still absconding.

An investigation is underway to nab the third accused.