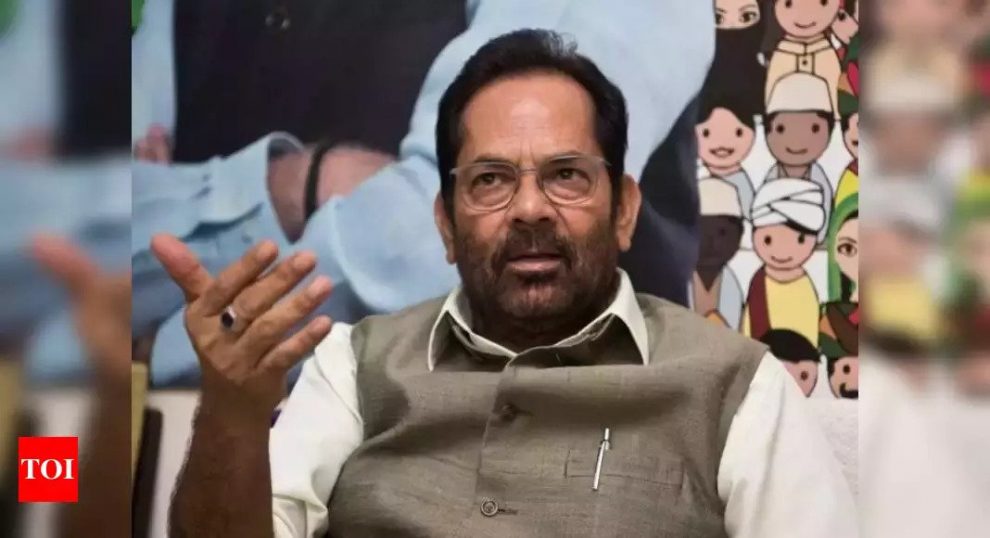 NEW DELHI: Union minister and BJP leader Mukhtar Abbas Naqvi lashed out at the Tablighi Jamaat on Tuesday after authorities blamed a meeting organised by it for spreading coronavirus infection, saying the organisation has committed a “Talibani crime” and its “sin is unpardonable”.
“Talibani Crime by Tablighi Jamaat. This is not a negligence. It’s a serious criminal act. When the entire country is fighting united against Corona, such a sin is unpardonable,” the minority affairs minister said in a tweet.
He has posted on his social media accounts messages by Muslim religious leaders, appealing to people to strictly follow the lockdown and other guidelines to control the virus.

It is a Talibani crime by Tabhleeghi Jamaat, such criminal act can not be forgiven. They have put lives of many peo… https://t.co/mGrmkdWoHI

According to the home ministry, as many as 2100 foreigners visited India for Tablighi activities since January 1 and all of them first reported at its headquarters in Delhi’s Nizamuddin.
In a statement, the ministry said while approximately 824 of them, as on March 21, were dispersed in different parts of the country, 216 people were staying at Nizamuddin Markaz, where several of them tested Covid-19 positive.
More on Covid-19
Naqvi also allocated Rs one crore from his MPLADS funds for the measures being taken to combat the coronavirus.
The BJP has asked all its MPs to allocate Rs one crore from the Rs 5 crore fund they receive annually for the development of their constituency, towards fighting the pandemic.

Five of a family killed in road accident near Pune