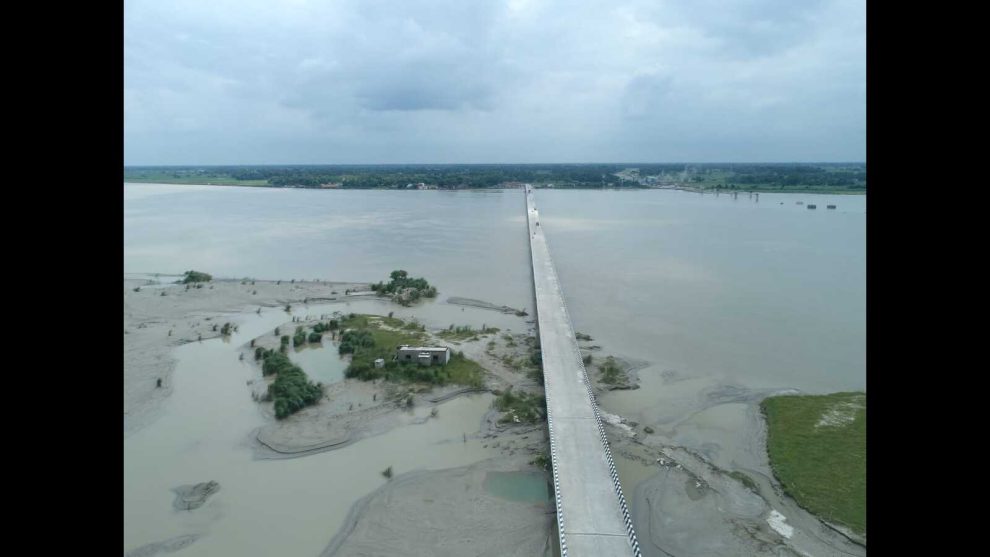 Lucknow News : The bridge on river Ghaghra will not only reduce the distance of Gorakhpur and Prayagraj by 80 km, it will also provide better connectivity to districts in eastern UP.  Kamhariya Ghat bridge over Ghaghra river on the border of Gorakhpur and Ambedkar Nagar districts.

Chief minister Yogi Adityanath will inaugurate the Kamhariya ghat bridge over Ghaghra river on Thursday. With the opening of this bridge for public, the inter- district road connectivity of Gorakhpur with the neighbouring districts in East Uttar Pradesh will improve.

Kamhariya ghat is located on the border of Gorakhpur and Ambedkar Nagar district on the bank of Ghaghra river.

A state government spokesperson said, the Uttar Pradesh government is working for the development of the infrastructure facilities in East Uttar Pradesh and the bridge had been constructed on the directions of the chief minister following the long pending demand of the people.

Thus, people residing in Gorakhpur, Ambedkar Nagar, Azamgarh, Jaunpur, Ayodhya, Sant Kabir Nagar, Sultanpur, Pratapgarh who travel to adjoining districts will now get a new route to cross the Ghaghra. Also, the distance between Gorakhpur and Prayagraj will be reduced by about 80 km. Earlier, people had to travel long distance to cross the river, he said.

Earlier people used boats to cross Ghaghra river at Kamhariya ghat or they had to travel extra miles to adjoining districts to cross the river. The district administration had constructed a pontoon bridge over the river for the light vehicles. Due to accidents, even the pontoon bridge became risky to commute.

The construction agency, Uttar Pradesh Rajya Setu Nigam Limited, had completed the construction of the 1412.31-metre long bridge in June end at the expense of ₹193.97 crore, he said.

The people settled in over 500 villages in Gorakhpur and Ambedkar Nagar districts will also benefit with the construction of the bridge, he said.