Update PUBG Lovers: Live The Magic Of PUBG In A Cinematic Way 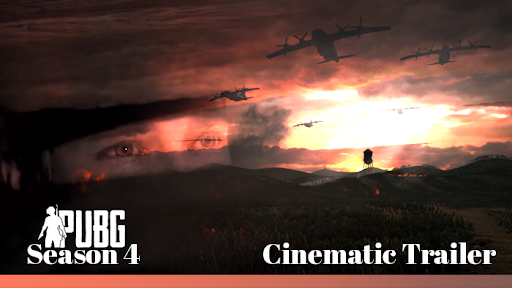 With a twist of play-area restrictions, Battle Royale games are more or less strategic shooting games. They don’t exactly have a story or narration. However, it seems that PUBG (Playerunknown Battlegrounds) is chipping away at evolving that.

Are we finally going to see a story-based mode on PUBG?

Another true to life trailer was released yesterday by PUBG Corp in anticipation of season four. This should be kept in mind that this is PUBG for PC and not PUBG for Mobile or PUBG Lite. The video does seem a bit dark and focuses on Erangel, the first map on the game. There is a young boy who seems to be the sole survivor on the island plagued with a horrible war.

The trailer at that point then shows a quick time-lapse skipping ahead into the future where we see a man amidst of a battle, equipped with an AKM and some defensive gear, trying to escape from his enemies. He, at this point, looks up to see a CCTV camera looking right at him and soon enough needs to dodge some bullets to save his life.

The trailer ends with a shot of a man sitting and watching a vast number of camera surveillance screens and the Erangel map spreading over every monitors right before the end.

Season 4 of PUBG is scheduled to hit from July 24.

Expanding the PUBG universe appears to be very logical as the game has grabbed much attention, especially on mobile. The organization had recently hired Glen Schofield to lead a new studio that will concentrate on a unique narrative experience inside the PUBG universe.

Schofield is known to have worked on famous gaming titles such as Dead Space and Call of Duty.