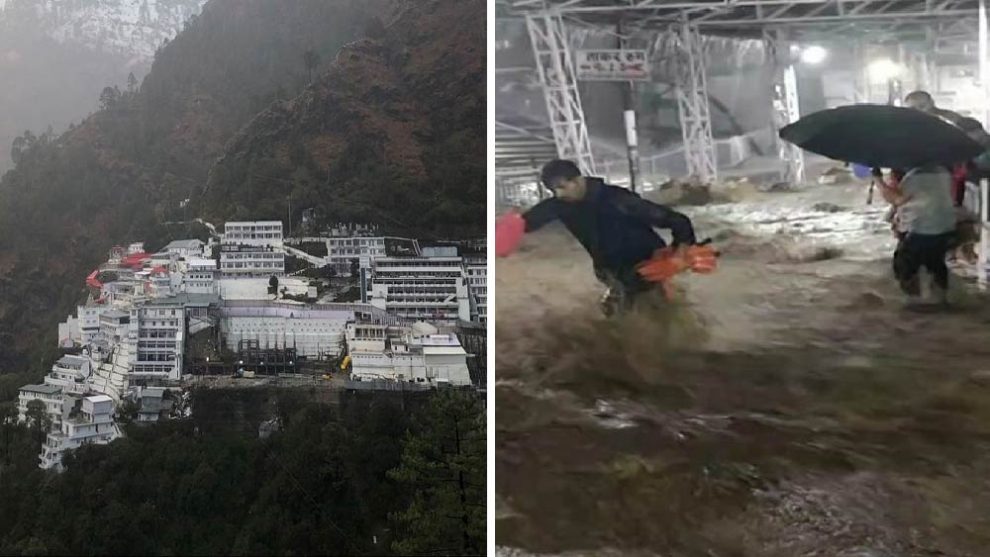 Jammu:  The yatra to the Vaishno Devi shrine atop Trikuta hills in Reasi district of Jammu and Kashmir was temporarily suspended on Friday evening following flash floods triggered by heavy rain, officials said.

Chief Executive Officer of Shri Mata Vaishno Devi Shrine Board Anshul Garg said the situation was under control and there was no report of any casualty or damage.

An official said heavy rains lashed Katra, the base camp for the pilgrims visiting the revered shrine, for several hours in the evening, prompting the authorities to suspend the yatra as a precautionary measure till 5 am on Saturday.

Thousands of pilgrims were present at the shrine when it started raining heavily and continued till midnight, the official said, adding, the Himkoti (battery car) track was accordingly suspended.

As a precautionary measure in the interest of safety, the upward movement of yatra has been stopped from Katra.

“Priority is being accorded to yatris, currently in Bhawan area, coming down towards Sanjhichatt and then Katra under close watch of Shrine Board staff, police and CRPF officials and the overall supervision of Additional Chief Executive Officer Navneet, who is stationed at the Bhawan,” the official said.

He said regular announcements are being made via the public address system.Disaster Management teams and medical units have been kept on alert to respond to any exigency, the official said.

Philips 7900 UHD TV review: A TV with a glowing back isn’t a gimmick
Cocaine Worth ₹ 5 Crore Seized From Woman Passenger At Mumbai Airport