Viral: Father Asks Toddler Son To Pay For Meal At Restaurant- Watch What Happens Next - Govt.in - Telling the truth- always! 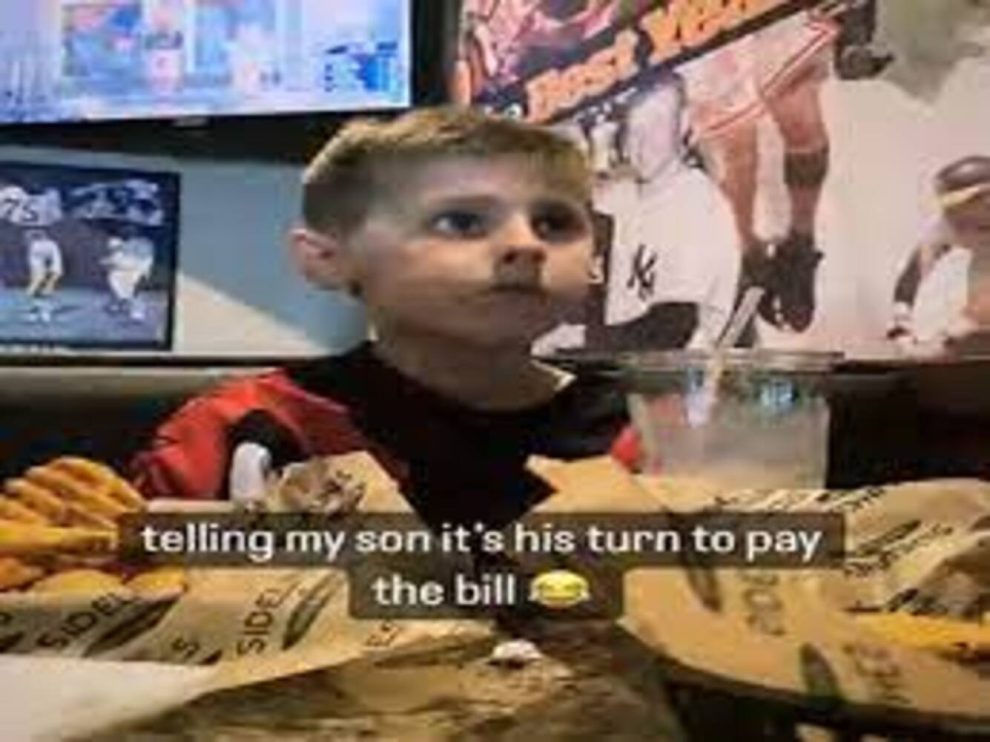 While being the youngest in the family has many advantages, one of the greatest is that you don’t have to pay for any meal outside. You always have your parents, older siblings, and other relatives to take care of it. And as younger siblings, we all are well accustomed to this routine. However, when an older person asks a younger one to pay, it may take them by surprise. Something similar happened to a toddler recently. In a video doing the rounds on the internet, we see a toddler having a meal at a restaurant with his father. When the time comes to pay the bill, he asks his toddler son how he will pay for the meal. His son’s reaction has left everyone in splits!

In a recent video uploaded by Instagram user @dereklipp, we can see him and his son enjoying a meal at a restaurant. When the bill arrives, he hands the bill to his son and says, “Can you pay this? It is your turn to pay.” At first, his son looks worried and confused. Then the father tells him again, “I am asking you to pay. Do you have money?” Then the toddler thinks for a while and says, “You can pay for it now, and I can give you the money when we get home.” Seeing his adorable reaction, the father bursts out laughing and tells him it was a joke. Take a look at the video here:

Ever since this video was uploaded, it has been viewed 7.4 million, has 298K likes, and more than a thousand comments! Many people were amused and happy with his son’s willingness to pay. Check out some of the comments below:

“He was trying so hard to figure out solutions in his head.”

“Little bro was trying to reimburse you.”

“Kids are literally so wholesome. My son is always trying to buy me stuff with the money he earned. I guess it’s learned because we do that for them. It makes me melt.”
“The kid’s got a heart. The way he takes and handles that ticket despite not having the money is indicative of good parenting.”