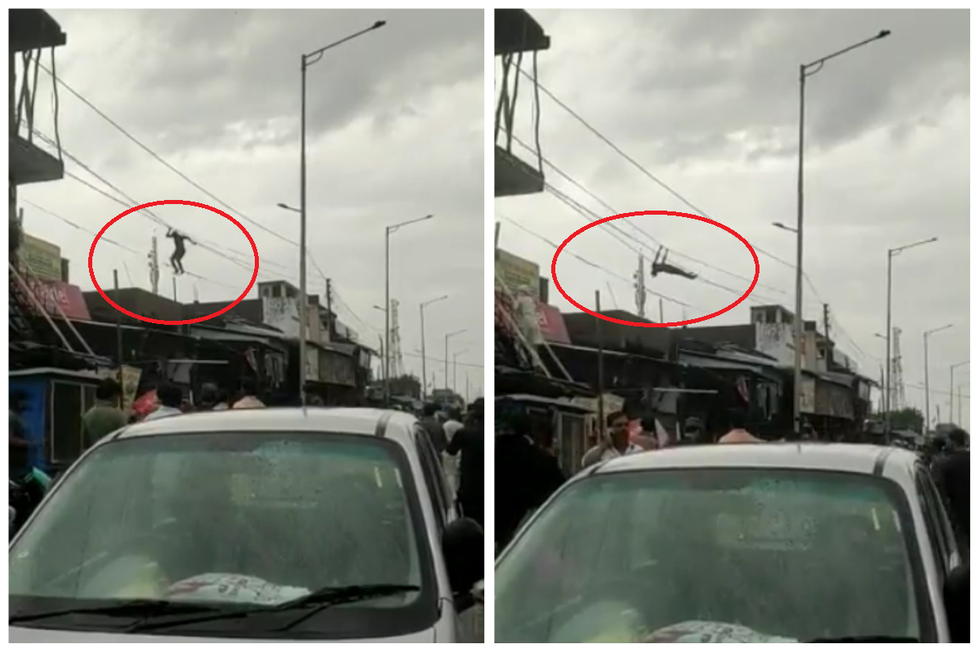 Videos of people engaging in risky feats can be found all over the Internet, making viewers both frightened and fascinated. A video has been going viral on the internet that shows a man performing stunts on high-tension electric wires.
According to an Indian Express report, the man in the video has been identified as Naushad, and it was recorded in Amaria town in the Pilibhit area of Uttar Pradesh. On September 24, Naushad climbed up onto a store’s rooftop and began swinging on the overhead electricity wires, much to the alarm and horror of spectators.

The incident happened in the city’s major market. The man is seen standing on high-voltage electric wires while performing the stunt. He is seen hanging from the wires and pulling off tricks in the footage.

People were in utter shock when they observed this man dangling on high-tension cables.

According to a news report by India Today, the power supply was turned off due to incessant rain, which helped to prevent this stunt from becoming a severe accident.

When surrounding store owners saw him dangling from the wires, they alerted the power department and asked them not to restart the lines, reported India Today.

Officials from the electricity department arrived on the scene as soon as they were informed of the incident. He was forced off the wires after that. Naushad runs a cart where he sells bangles.

His family was informed right away after this incident. Naushad didn’t explain why he took this action, but his family has acknowledged that he occasionally engages in this peculiar behavior.