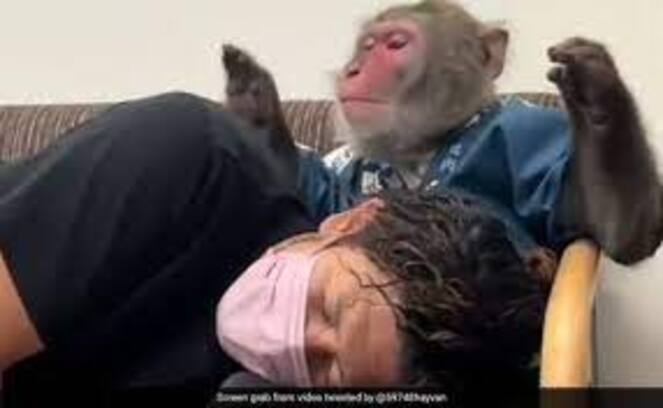 The monkey soon realises that the human is having a tough time and offers to help. The ape pats him on the back and urges him to lie down by putting his head on its lap. The man obliged and the monkey is then seen consoling him and trying to calm him by patting his shoulder The heartwarming video has amassed more than 3.4 million views on Twitter and over 44,000 likes. Twitter users fell in love with the monkey.In my current state of mind, I need this intelligent monkey,” tweeted a user. “Best friend!” said another.

Last month, a video of monkeys using a mobile phone like it is an everyday activity for them left social media users in splits.Shared on Twitter, the video showed the monkeys looking at a smartphone screen and also scrolling through what appeared to be a social media account.The video was aptly captioned: “Craze of social media”. While some users called the video “cute,” others simply said that the monkeys too are addicted to smartphones.